Want 13% Higher Sales At Your Mall? Put In A Tesla Store (w/video) 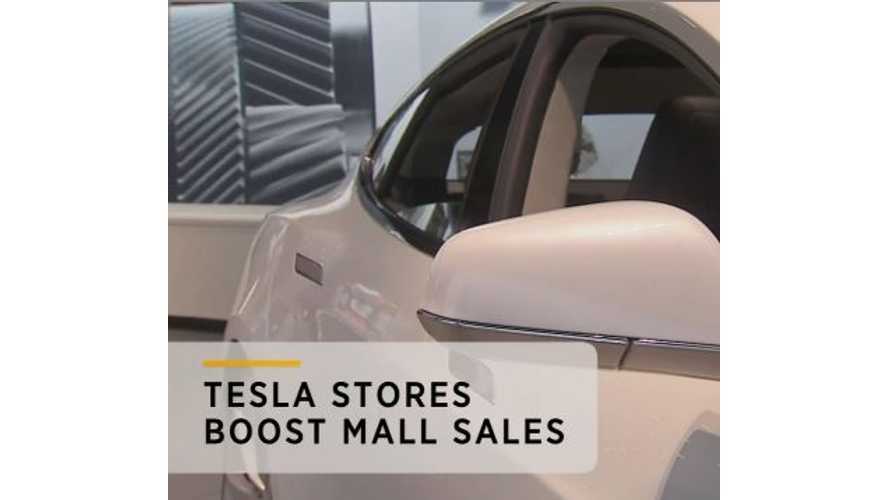 Green Street Advisors (GSA) has done some research into the 24 malls in the U.S. that list Tesla as a Tenant.

Those figures lead Teslarati to believe that having a Tesla store increases mall sales by 13%. Or then again, there's the possibility that Tesla only chooses high-performing locations for its stores, which would imply Tesla doesn't really have an impact on mall sales, but rather that the automaker is very careful in choosing where to locate.

CNBC eludes to this Tesla-picking-premium locations too:

"Both Tesla and Apple sell in-demand products with high price tags, which helps drive their store productivity. As a result, the malls in which they reside experience similar success. However, it's worth noting that both retailers seek out locations in well-to-do centers and geographies, making it a bit of a "chicken versus the egg" scenario."

"For instance, Tesla has locations in three of what Green Street has ranked as America's top 10 malls — The Village at Corte Madera and Century City, both in California, and Hawaii's Ala Moana Center."

So, perhaps Tesla doesn't have a direct impact on mall sales then?

Actually in reality, it probably goes both ways. Tesla likely impacts sales at malls in a positive way, but the automaker is also smart enough to choose premium locations at high-performing malls where the clientele is your more typical Tesla buyer.