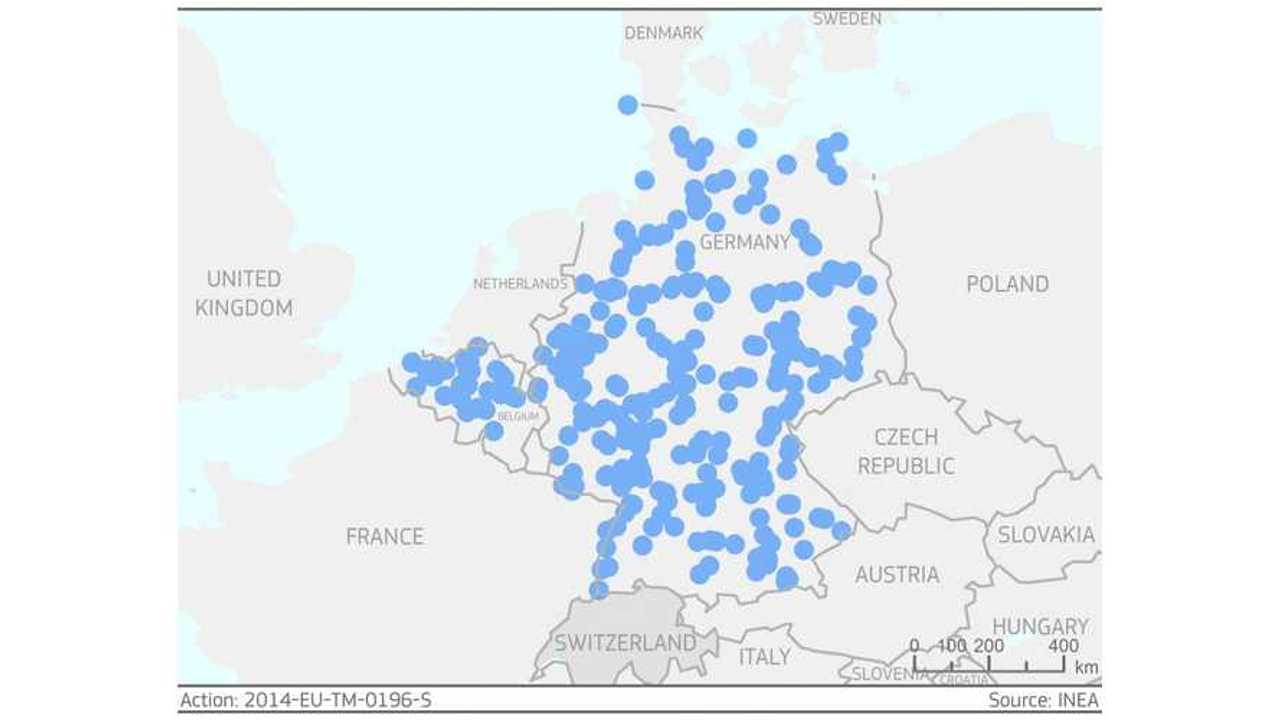 One of the largest charging infrastructure project ever in Europe - Fast-E (DE/BE) was just launched in Germany and Belgium.

In total, some 278 multi-standard fast chargers will be installed.

These units will be 50 kW DC CHAdeMO and CCS Combo, supplemented by 43 kW AC Type 2.

The European Union and nine companies (including Volkswagen, BMW, Renault and Nissan) will spend a total of about €18 million ($20 million USD).

Under the leadership of the charging station operator Allego, the project Fast-E brings together nine companies in the industry, including three charging station operators (RWE Effizienz, enviaM and Allego) as well as four car manufacturers (Volkswagen AG, BMW AG, RENAULT SAS, NISSAN CENTER EUROPE), DB Energie GmbH, a subsidiary of DEUTSCHE BAHN and the Hamburg-based company hySOLUTIONS, which, as a competence centre in several charging infrastructure projects, is responsible for the integration of new drive technologies in urban transport.

The quick-charging stations installed as part of the project employ the Combined Charging System (CCS) and CHAdeMO, each with up to 50 kW power output, as well as a type 2 connector with 43 kW power output. The project is expected to end in December 2017 with the completion of the accompanying studies; the charging infrastructure will continue to operate commercially thereafter."