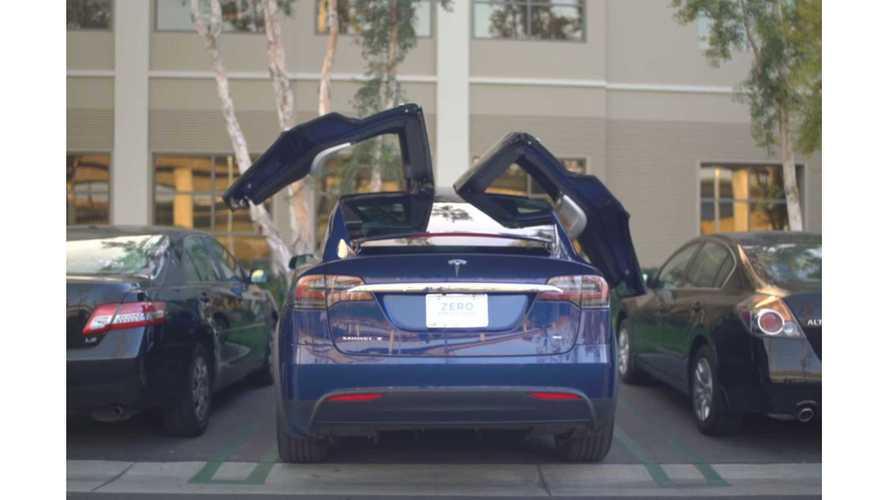 Despite early quality control problems and some still complaining about their operation, the Tesla Model X Falcon Wing doors are the vehicle's most identifying feature. Even people that know nothing about Tesla or electric cars, will usually ask or tell you about the doors.

The two-hinge system is unique and allows the doors to "accordion" on the way up so that they can open in really tight spaces. While they won't beat the sliding doors on minivans, they can open in more cramped spaces than most traditional doors.

The Tesla Model X have crazy Falcon Doors, but how exactly do they work?

To learn more technical aspects of the Model X’s falcon wing doors, check out the video above.

The video does a pretty thorough job showing the location and function of all the sensors as well. When a sensor detects obstacles, you can see the obstacle on the touch screen.

In closing, the owner mentions that the doors are great for loading and unloading kids and cargo, while his wife has a back problem, and finds the rear seat access helpful. However, there is a disclaimer in there from TechnoBuffalo saying that he leased the vehicle, specifically because he isn't sure how the doors will hold up.