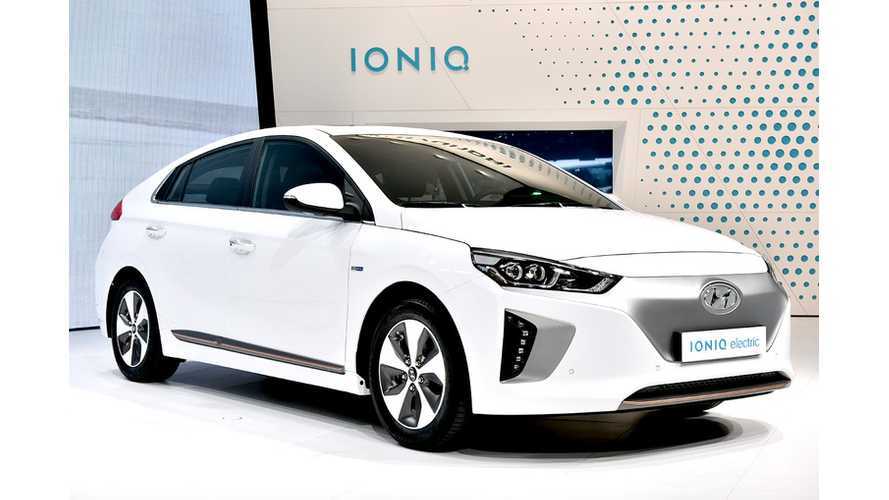 The Hyundai IONIQ Electric has given the South Korean plug-in market a huge boost, which last month set a new record of more than 1,300 units sold (estimated), which is twice that of a year ago.

The Hyundai IONIQ Electric not only holds 81% of total sales (with 1,085 sold), but also doesn't show any mercy for its sister-hybrid version, outselling it 3-to-1.

So far this year, nearly 4,500 plug-in cars hasve been sold in South Korea, while the Hyundai IONIQ Electric is responsible for more than 57% of the total (@ 2,565 moved).

Some earlier reports indicated that Hyundai would like to sell up to 4,800 IONIQ Electric this year, and that is still technically possible with final December numbers yet to come, but it appears that some plant-level hiccups this Fall (that also saw the all-electric Hyundai's introduction in the US delayed until Q1) will have the automaker coming up a bit short.

We believe the South Korean market will grow even more significantly with the introduction of the plug-in hybrid version of the IONIQ in the Summer.