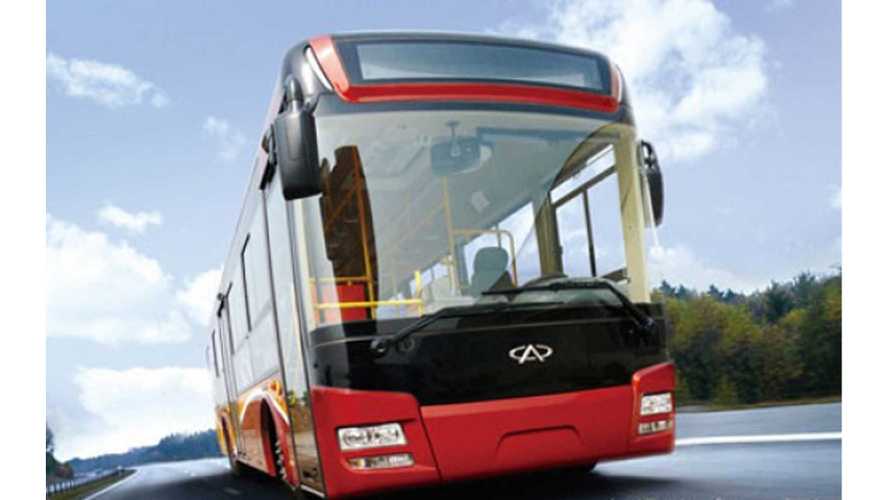 As an automaker, if you over report plug-in vehicle sales in an attempt to collect government funds from sales of such vehicles, then you'll likely get caught.  And China isn't exacting a country where cheating the government seems like a really smart idea.

But that's exactly what happened recently in China, where five automakers were caught attempting to defraud the system.

According to the Wall Street Journal:

"The Chinese government has fined five auto makers it says defrauded it of a total of 1 billion yuan ($150 million) worth of subsidies aimed at promoting electric vehicles..."

"Four of the bus-making companies abused the subsidy program by padding their reported electric-vehicle sales, the Ministry of Finance said in a statement on its website. The fifth, Gemsea Bus Manufacturing Co. in Suzhou, fabricated its electric-vehicle-manufacturing business entirely and didn’t actually make the alternative-energy vehicles."

"The companies, which include Higer Bus in Suzhou, Wuzhoulong Motors in Shenzhen, Chery Wanda Bus Manufacturing Co. in Guizhou and Henan Shaolin Bus, were unavailable for comment..."

Those five companies will be required to return all subsidies received, plus will have to pay an additional amount that's equal to 50% of the subsidy received. In addition, all five automakers have been forever removed from the list of being eligible for subsidies.

It's believed that other Chinese automakers padded their plug-in vehicle sales figures as well, but the government was only willing to disclose the 5 worse offenders at this point in time.