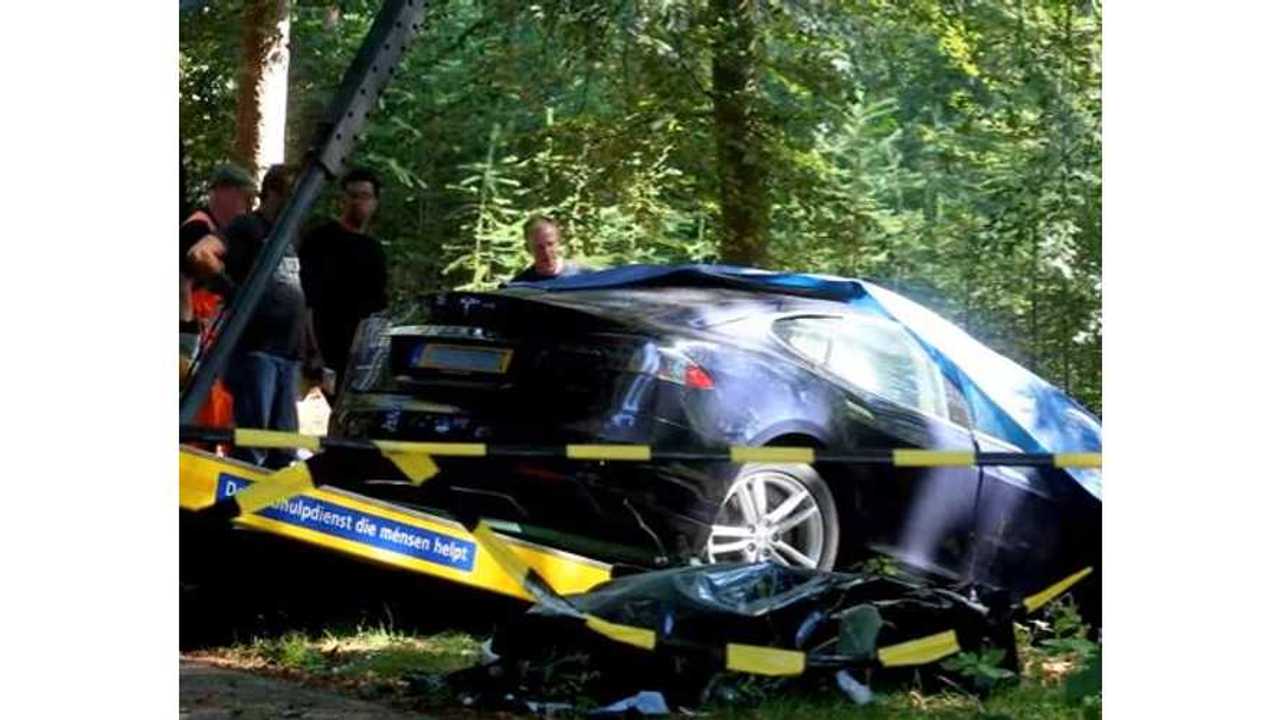 FotoMiche published video from the aftermath / clean up of the fatal Tesla Model S crash in the Netherlands.

Of note is that Tesla released a preliminary statement on its findings from it investigation of the wreck:

“We are working with the authorities to establish the facts of the incident and offer our full cooperation. Thus far, we can confirm from the car’s logs that Autopilot was not engaged at any time during the drive cycle and that, consistent with the damage that was observed after the vehicle struck the tree, the vehicle was being driven at more than 155 kph (96 MPH).”

According to the video description, technicians from Tesla Nederland were almost immediately on the scene to try to determine the cause of the wreck.