Updated BMW i8 Coming With More HP On Tap 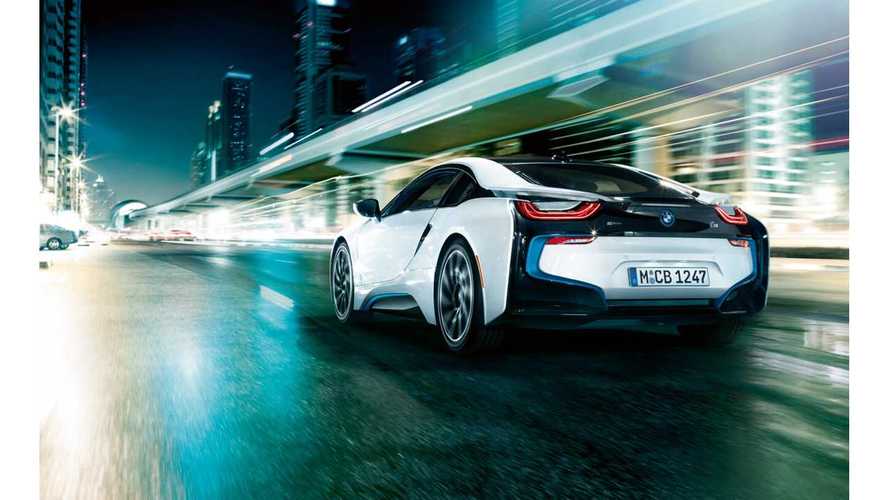 We all know that the BMW i3 got a new, upgraded battery this year (94 Ah/33 kWh). This follows earlier reports that both the i3 and the i8 would get updates going into 2017.

Inside the BMW i8, Image Credit: BMW

Now, it's the i8's turn. The facelifted BMW i8 will see a powertrain upgrade, which will account for more horsepower and overall range. This is outstanding news, especially since the i8 is about the worst kWh/per $ value on the market. Then again, who are we kidding though?  The super hybrid beast is really not about value.

The upcoming i8 will hit showroom floors sometime next year with 15 more horsepower (probably along with the release of the BMW i8 Roadster). The powertrain is a 1.5-liter three-cylinder, paired with a strong electric motor. Total output will reach 372 horsepower. Current specs show zero to 60 in about four seconds, so we assume that the new i8 may break the four-second threshold.

The revised battery pack in the BMW i3 provides a fifty percent upgrade in range. While it is not known what type of boost the BMW i8 will see, a range bump is almost surely in the works.

BMW i8 Safety Car foreshadows upgrade for next year's "standard" i8, with more power and a almost 50% larger battery (10.1 kW battery).

The new i8 prototypes is already being tested in fleets, and also as a Formula E safety cars. The BMW i8 safety cars use a 10 kWh battery pack, while the current i8 has a 7.1 kWh battery pack - this would translate to roughly 37 km/23 miles of real world/EPA range.

There is no confirmation from BMW that the safety car specs will precisely mirror the upcoming i8, but it would make the most sense given the legwork is already complete. If so, the chassis modifications including upgraded springs and dampers, lower ride height, and 20 inch alloys, among other mods, may be in line with the new production release.