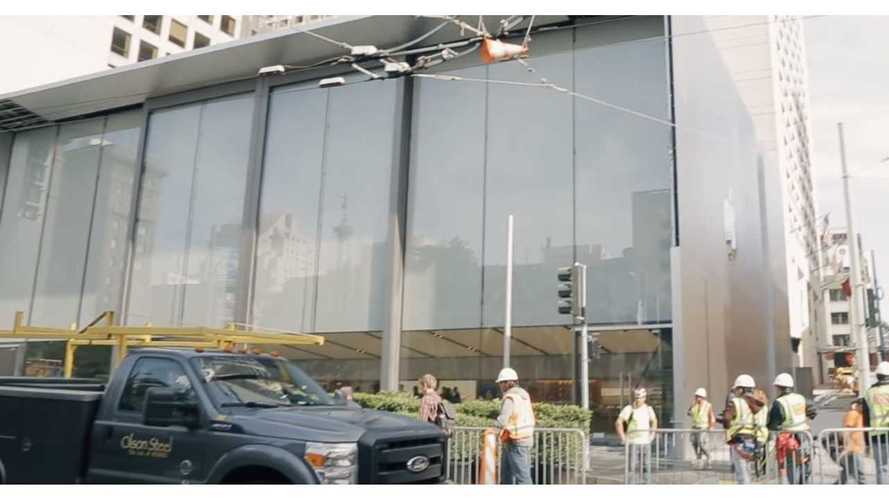 Everyone seems to be talking about the massive, forty foot sliding doors at the new Apple retail store in San Francisco. The doors surely aren't needed to bring in iPhones and iPads. As far as we know, Apple is not working on an airplane, but who knows. Apple makes sure we don't know what the plan is. Speculation is that the store, and other stores to come, are being built to accommodate the Apple Car.

The newly designed store just opened on May 21st and marks the company's 15th anniversary for its retail stores. The grand opening attracted hundreds of people, lined up and waiting outside. Apple's Senior Vice President Angela Ahrendts and Apple design icon Jony Ive were both in attendance.

The San Francisco store overlooking Union Square is Apple's flagship store. It is the first store that may be in preparation of being able to display and sell the Apple Car on site. It makes sense, for many reasons, that Apple would choose the San Francisco Bay Area flagship store to begin the move forward. However, Colorado will also be getting three massive stores with huge doors, and others are on the way.

By the end of the year, Apple should have multiple stores like this open or ready to open. Then, it's just "hurry up and wait" for the Apple Car to be unveiled.