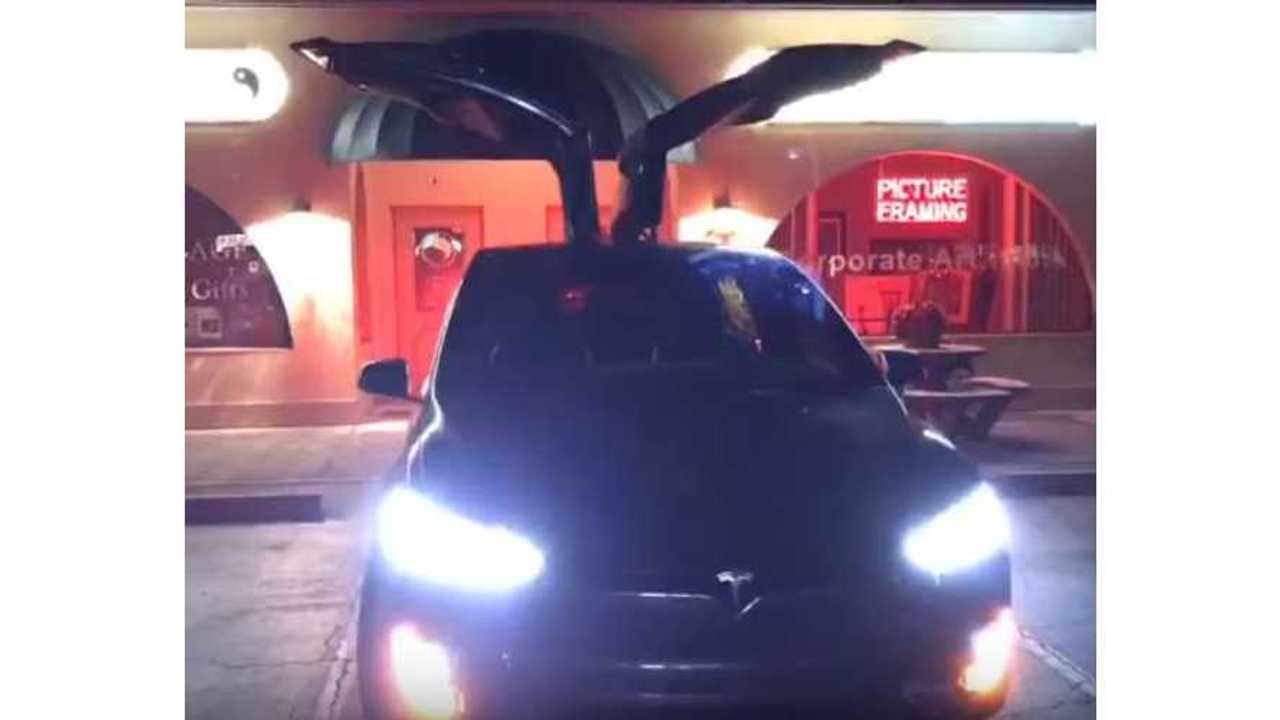 Tesla has apparently just released a new hidden Easter egg for the Model X. When activated, the X puts on quite the show by flashing its lights, playing some tunes and operating the Falcon Wing doors all in sync.

Also of note:  The recent software update also enables one to travel to Mars via a SpaceX interplantary shuttle - watch here.

DragTimes was one of the first to report on this Easter egg by posting a video with this description:

"Check out Tesla’s latest software update for the Model X which enables a hidden easter egg feature that is enabled by entering in a “secret” code. After putting in the code, leaving the car and pressing the lock button the key fob, the Tesla Model X puts on quite the show with synchronized flashing lights, music and falcon wing door dances."

We should note that you need ample overhead clearance to activate this mode and that the "secret" code is said to be either "Modelxmas" or "holiday" and that your X needs to have the latest firmware.

If this looks flashy show by the X looks familiar, that's because Tesla applied it to 3 of its own X's last year (see video below).