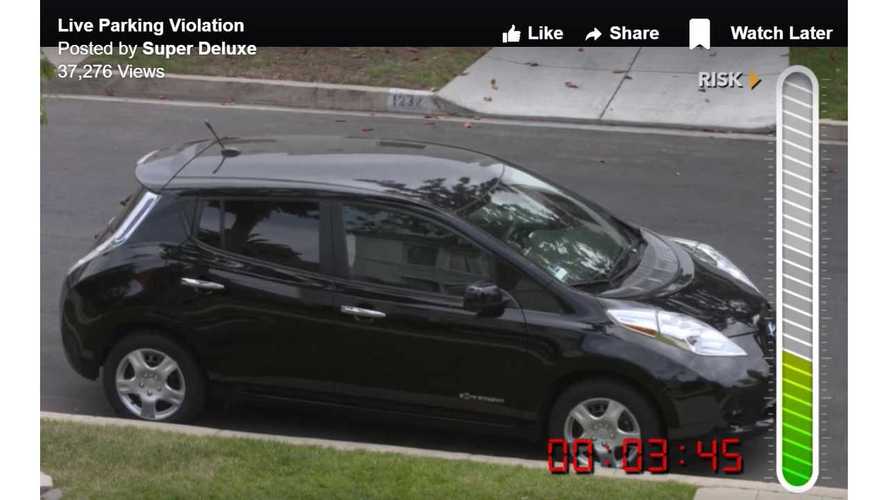 Nissan LEAF Ticketed At 29 Minutes Into The Broadcast

Doug Lussenop and Brent Weinbach, comedians who host the Super Deluxe video website through Facebook, posted a 38-minute video during broadcast this week.

While the video rolled, they narrated. The whole concept centered around the fact that the comedians had illegally parked a Nissan LEAF in the uber-aggressive LA area, and were timing how long it took the vehicle to be ticketed.

13,000 people tuned in to the lengthy, somewhat uneventful video and broadcast, to see what would happen. The video footage was complete with a "risk" meter, a running timer, and epic music.

After 29 minutes, the car was ticketed. Since then, due to Facebook and the press surrounding the broadcast/incident, over 37,000 people have viewed the video.

The two comedians had recently reported that Los Angeles made $165 million last year from parking tickets. They were doing an "experiment" to see just how long it would take an illegally parked car to get a ticket. The car was parked on the wrong side of the street on street cleaning day.