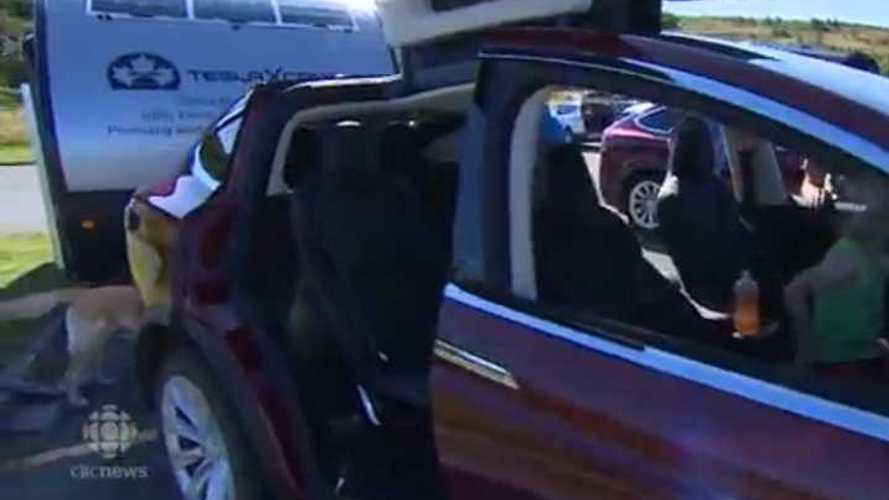 Better yet, they were the first to make such a trek pulling a camping trailer as well.

Thus proving that long distance recreation travelling can be done via the plug - although a reliance on campgrounds, and their build-in/available access to 50 Amp/240 V service was a must.

CBC reports on the adventure (via video above), with the duo stating:

"Our mission was to promote electric cars and sustainable energy, because we know when we got the car, that we would be one of the first to do this kind of thing, and we wanted to use that opportunity to raise awareness and let people know that electric cars are a true alternative."