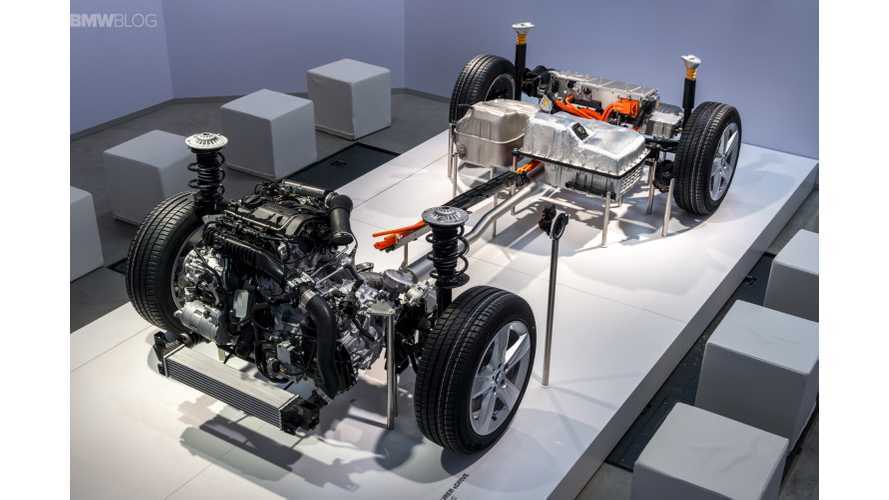 BMW says that the BMW 2 Series Active Tourer plug-in hybrid benefits from the electric all-wheel-drive technology originally developed for the i8, which is certainly true.   Still, we wonder how i8 owners feel about having the same BMW powertain available in another, more mundane, much less expensive BMW.

Anyways, GKN Driveline - innovators and developers of the electric AWD tech found now in both the i8 and the BMW 2 Series Active Tourer, alerted us to this dual-usage by issuing a press release on the matter.

"...and now the company who developed its four-wheel-drive system, GKN Driveline, has confirmed that the technology is based on the driveline of the BMW i8."

"As in i8, the 2 Series’s eAxle is responsible for driving one axle with electric power, and it can also disengage the motor to reduce rolling resistance when it’s not needed. The other axle is powered by a detuned version of the i8’s 1.5-litre three-cylinder engine."

Very similar systems, but with one major change:

"There is one key difference between the two cars’ systems, however. In the mid-engined i8 the petrol engine drives the rear while the eAxle sits at the front, but in the front-engined 2 Series, petrol powers the front wheels and the eAxle drives the rears."

Okay, it's not quite that simple. There are some other changes made to the powertrain employed in the 2 Series, mostly improvements over the now-outdated unit found in the i8. Even more reason to buy the 2 Series Active Tourer, right?