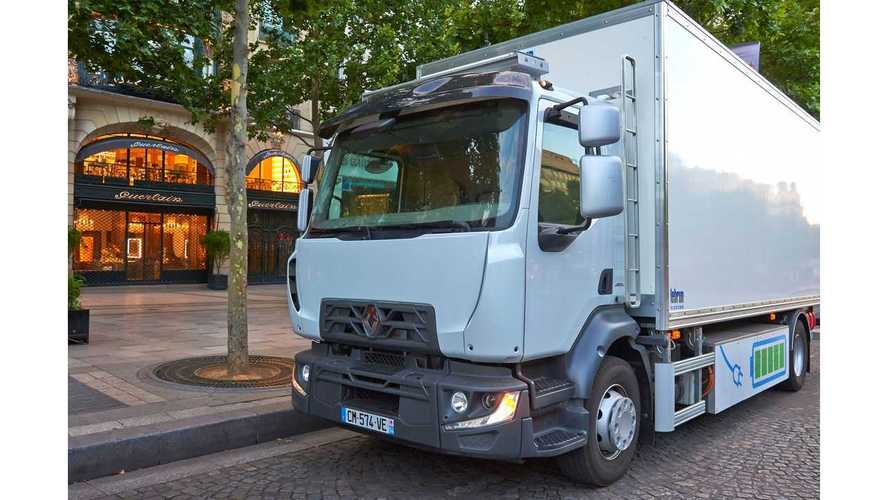 Renault is one of only a few major automakers that produce commercial electric vehicles like the D truck (above), and the Kangoo Z.E. work van version seen to your right.

But now Renault has announced it's working on a new commercial-duty entry.

"The 1-ton electric LCV would be designed and developed solely within Korea by RSM and a consortium of local suppliers. They include LG Chem, which supplies the battery for the all-electric SM3 ZE. In 2014 LG Chem signed a memorandum of understanding to cooperate in RSM’s EV programs by developing longer-range batteries specially designed to meet the needs of its upcoming vehicles."

While work is already underway on this light-duty electric, Renault says it'll be approximately 4 years before it's ready to launch.

Other projects are apparently in the works as well. As Ward's Auto points out:

"RSM also is believed to be working with Renault to develop a low-tech, low-cost EV along the lines of the Twizy. It would be produced in Busan for local and export markets, as well as at the Dongfeng Renault joint-venture plant in China to serve the China market."

"Dongfeng Renault plans to begin producing a China version of the SM3 ZE early next year."