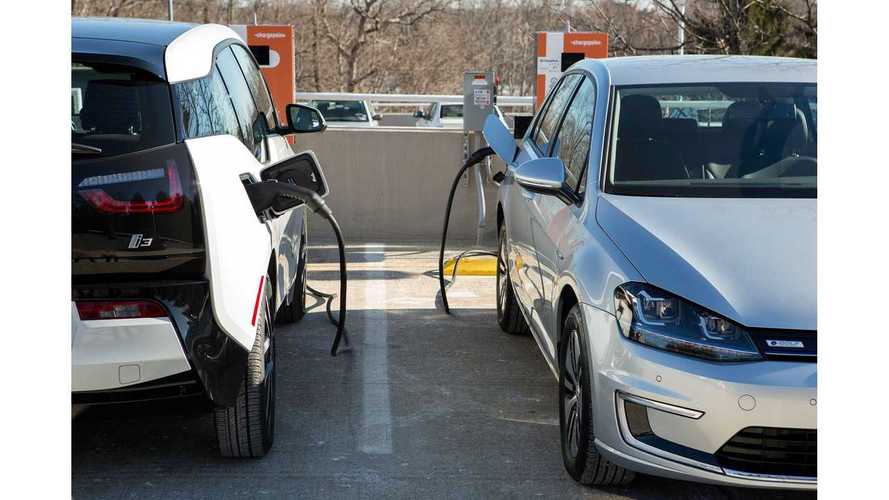 According to The Detroit News, the National Highway Traffic Safety Administration (NHTSA) is now postponing increased fines for fuel economy violations. Traditional automakers are surely elated over this development, but it's a slap in the face for EVs. The ruling was supposed to come into play now, retroactive to the 2015 model year, but will not be enforced until 2019.

The current fine is archaic at this point, having not been changed since 1998. It says that for every 1/10 mile a vehicle is over the limit, the automaker pays $5.50. This is then multiplied by every car sold.

The upcoming change would have made this dollar amount $14. Some automakers pay tens of millions already, so they are looking at well over double that, if changes aren't made. Since the $5.50 has been in place for years, and many automakers have made little effort, the $14 was a way to initiate more marked change. Fortunately for them, they now have another four years to figure it out.

What made the NHTSA change its mind?

The Alliance of Automotive Manufacturers and the Association of Global Automakers have been lobbying against the new policies, trying to "encourage" the NHTSA to reconsider. The argument was due in part to the fact that automakers had already planned models through the 2018 model year, prior to the changes. Also, lobbyists found the retroactive nature of the new plan to be unfair.

This is all very interesting, as the Environmental Protection Agency (EPA) is in the process of trying to finalize the Corporate Annual Fuel Economy (CAFE) numbers for 2025. The target is now tentatively set at 54.5 mpg. Of course, lobbyists believe that that number is unfair as well, even though they have years to comply. With all of the lobbying, added to the new administration taking office soon, it is going to get even more "interesting."