Bob Lutz On Fuel Cell Tech: "None of it makes any sense", Other Than For Compliance 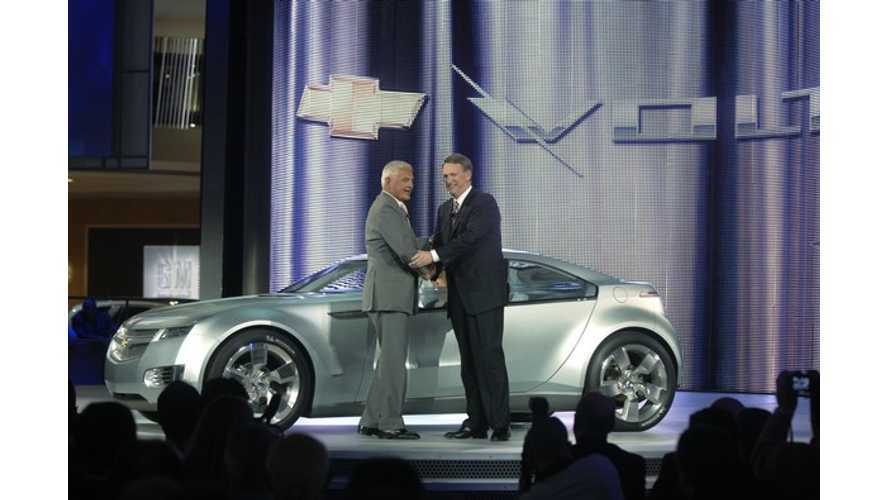 You can add one more item on the list of things that Bob Lutz doesn't like...or at least still doesn't like - fuel cell vehicles.

Over a decade or so ago, fuel cell technology fell off the US government's map of things to invest in, and as one might expect, US-based fuel cell programs fell by the wayside.

But even back then Bob Lutz and GM's own internal "goto hydrogen guy" Larry Burns (who really was the defacto figure head for the whole North American fuel cell industry at the time), often had a very different opinion of the value of having a fuel cell program.

While Mr. Lutz headed up GM's product development from 2001 to 2010, Mr. Burns had the ear of (then CEO) Rick Wagoner on why the company should have the industry's largest fuel cell development program, overriding Bob's lack of enthusiasm.

In Bob's book "Car Guys Vs. Bean Counters" he wrote:

“I frequently attacked what I considered to be the single-minded, heavy financial commitment to fuel cells, feeling they were too far out on the time horizon and robbing us of the research funds needed to create more viable near-term solutions."

Then at the beginning of this decade, Japan, Germany, South Korea (and a couple others) decided they would pick up where the US left off, and made available strong incentives of their own (~$2+ billion worth) to keep the fuel cell ball rolling, spawning creations such as the Toyota Mirai and Hyundai Tucson FCV.

A holdover from the "fuel cell good times" of the past, California's zero emission program (CARB) seemed pleased with the international focus on FCVs, and continues to offer a very generous ZEV credit system to any of those FCV projects that produce US deliveries.

So with the latest generation of FCVs hitting the road (and many more on the horizon), featuring improved technology, lower costs (albeit still pretty high) and actually a few refueling stations dotted around the map, has Bob changed his mind?

Wardsauto's Drew Winter tracked down Mr. Lutz to get his take on what is happening today with fuel cells, and if he had changed his mind on the tech.

Mr. Lutz says that today's programs in the US (including GM's desire to marry-up with Honda on FCV projects in the future, the first vehicle reportedly arriving by 2020) are all aimed at one thing - "meeting California’s zero-emissions vehicle mandate".

Lutz points to the fact a new fuel cell sale in the US can be worth many more ZEV credits (3-4x) than that of a single all-electric sale.

A qualifying fuel cell vehicle nets up to 9 credits, of which would offset some $45,000 in penalties (@ $5,000 per) for any manufacturer not hitting the required fleet minimum in California and CARB states - which start to really increase starting in 2018 (~2% of sales in ZEV credits) through 2025 (~16% of sales in ZEV credits).  FCV credit also are not affected by the loss of the travelling provision like EV credits are.

The next generation Mercedes-Benz fuel cell electric vehicle: Mercedes-Benz GLC F-CELL prototype. Not only can the GLC F-CELL be refueled with hydrogen in under three minutes at an appropriate filling station: convenient external charging of its high-voltage battery is also possible.

Even though the cost of fuel-cell technology has come down, the same problems still are there with mass-producing fueling and storage systems to accommodate hydrogen at 10,000 psi (690 bar) and producing the hydrogen itself in an environmentally friendly process, he says.

The auto industry has experimented with onboard hydrogen storage systems for decades, he adds, including storing it as a cryogenic liquid in a thermos-like fuel tank. “None of it makes any sense,” he says.

Mr. Lutz states that the lithium plug-in battery vehicle market is the superior way to go, and that it (and the fast charging network surrounding plug-in vehicles) is constantly improving, and it is hard to beat the fact "you can plug them in anywhere.”

It isn't all doom and gloom out of Bob's lips for FCVs however, the former GM product boss says that public transport and some centrally fueled fleet vehicles might be a good spot for fuel cell technology to find a place.

Check out the full article at Wards Auto here. Hat tip to sven!