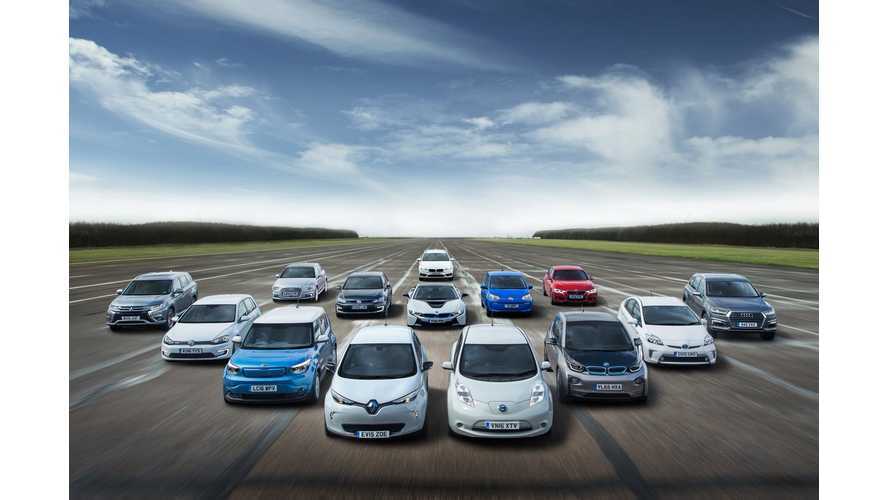 UK is one of the few countries which has noted growth of plug-in electric car sales/registrations (year-over-year), every month in 2016 (with the US and China also being part of that small club).

This year's growth is maintained despite the fact the country's the plug-in car grant has been slightly convoluted.

In August (one of two historically slowest months of the calendar year for EV sales in the UK) new plug-in car registrations increased 24% to 1,201, which translated to a decent 1.47% market share.