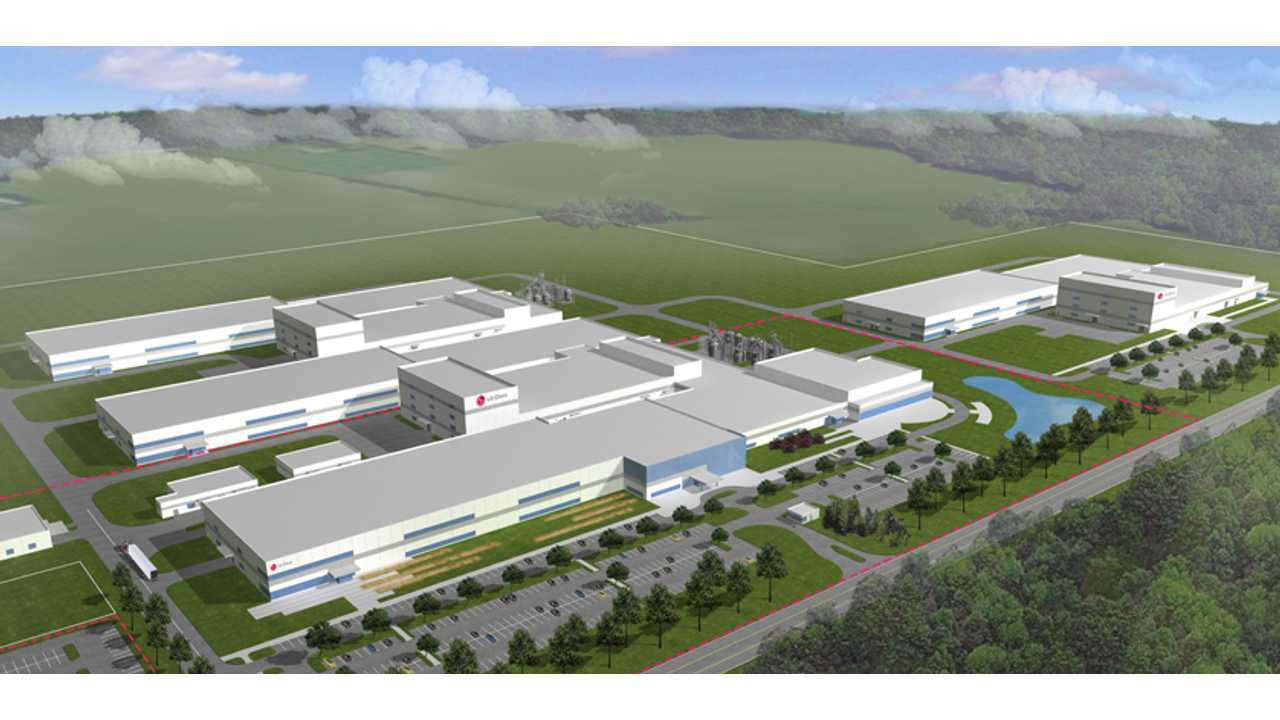 While LG Chem's Holland, Michigan plant didn't get off to the strongest start (with the US government not thrilled with how LG Chem spend its development money, or the speed at which it was put to use), today both the company and the Department of Energy can tout the facility as a growing success story.

During 2016, the company expanded its workforce at Holland, Mich. lithium-ion cell manufacturing plant by 140, good for a headcout of 450 - New positions include technical operators, journeymen electricians, engineers and more.

LG Chem stated that this year production in Holland exceed:

With the addition of the last of the "big 3" US automakers signing on for battery production this year, specifically the 2017 Chrysler Pacifica Hybrid joining earlier contracts with Chevy (from 2009) and Ford (in 2010), LG expects things to only improve in 2017.

"LG Chem produces lithium ion battery cells for electric and hybrid vehicles including the award-winning Chevy Volt.  In November, LG Chem added the production of battery cells and battery packs for the 2017 Chrysler Pacifica Hybrid, the first-ever hybrid minivan.  The Holland plant manufactured over 6 million battery cells in 2016, enough for over 30,000 vehicles, and is expected to produce even more in 2017."

Up until recently with the model's discontinuation, and for the past 2 model years, the Chevy Spark EV's batteries where also made in Holland, MI

"With unemployment rates being the lowest they've been in Ottawa county in 15 years, we're proud that so many outstanding people chose to start their career with LG Chem in 2016. We plan to continue adding to our team to meet growing demand for batteries."

"We're attracting talented people who value challenging work and plenty of opportunity for growth. We've built a very strong team and we're excited about the quality of the candidates we continue to see week in and week out."