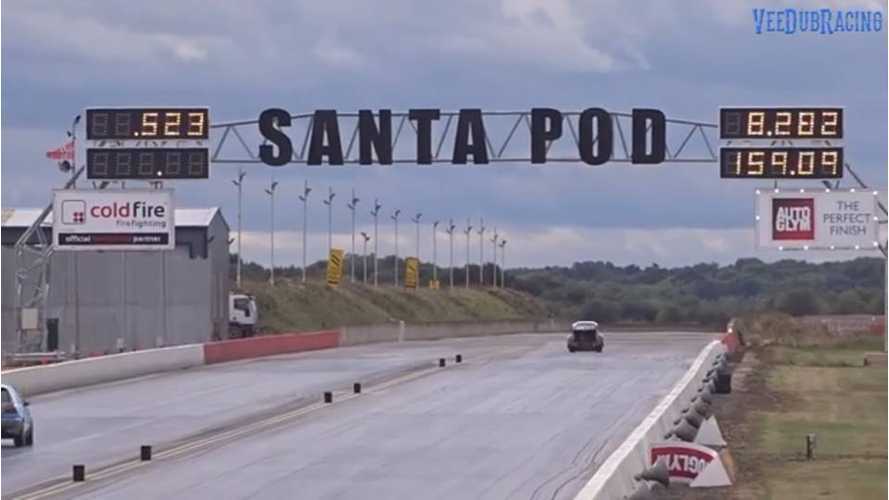 Current Racing smashed the world record for electric car acceleration (well, it is more or less still a car).

Not too shabby for a 1965 Volkswagen beetle body car.

As Black Current is an ongoing project, several years old with its latest incarnation, we could expect that even better times (sub 8 seconds maybe) are still to come.

More about the project here,