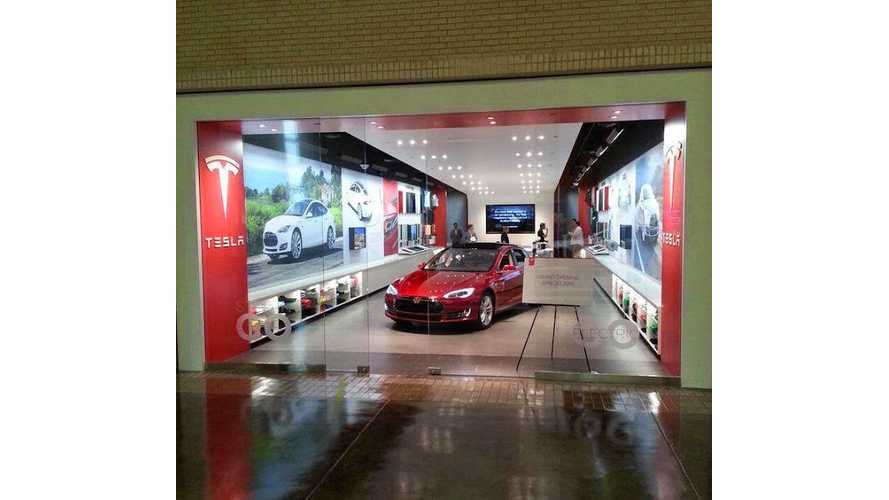 Texas is one of five states that do not currently allow citizens to purchase Tesla's electric cars, due to the "direct sales", "no middle man" approach. Tesla has been battling with Texas lawmakers since 2013 to try to rectify the situation. The automaker has finally won an endorsement from GOP convention delegates, a huge momentum swing for the company.

The current state law allows people to see Tesla's vehicles in three area/galleries. They are located in Dallas/Fort Worth, Austin, and Houston.

However, interested buyers can only test drive by appointment, Thursday through Sunday with a previously approved permit. Vehicles cannot be bought on site, nor can the Tesla rep mention price, take orders, or inform the interested consumer of website information.

Once a buyer decides to follow through with a purchase, he/she must purchase online. The car will be delivered with California registration and have to be re-registered by the buyer. Service may be performed at one of Texas' four service centers, but appointments and service-related issues must also proceed through California offices first.

GOP convention delegates have now agreed to allow Tesla to sell vehicles in Texas. Over 90% were in support of the new legislation. This came regardless of pleas from two top GOP members that have continued to work against such measures. U.S. Representative Roger Williams and Republican National Committee member Bill Crocker, both affiliated with car dealerships, made another attempt to steer the legislation in the other direction.

Major automakers have continually trumped Tesla on campaign contributions. Tesla has upped spending this year and it seems to have paid off. The small company put $1.3 million into lobbyists, compared to dealers only spending $1 million.

Tesla's Texas spokesman, David White, spoke with thousands of delegates at the recent Dallas convention. He explained that most were shocked about the current laws in Texas and their impact on companies like Tesla. White said:

“If Texas is truly ‘wide open’ for business, our elected officials should take the appropriate steps to end these frivolous regulations in 2017.”