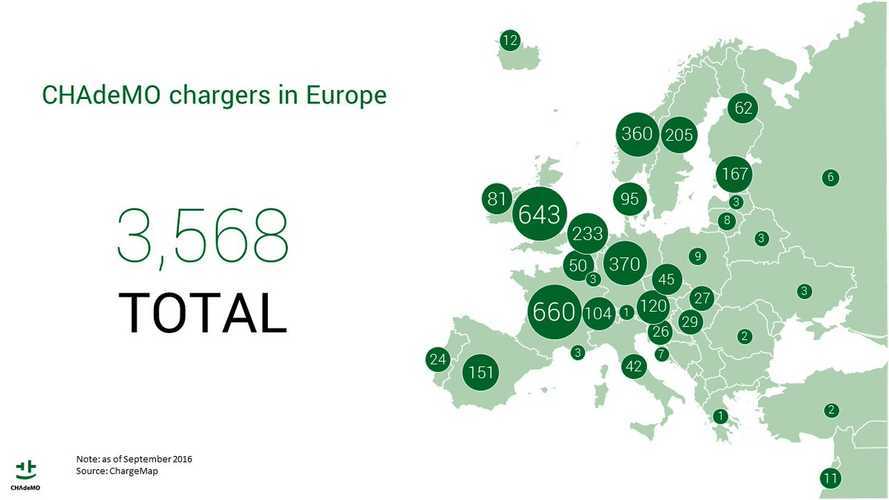 The worldwide number of CHAdeMO chargers increased to nearly 13,000 this month.

Big gains also come from Europe, where the number of chargers compatible with CHAdeMO (often multi-standard) increased from about 2,800 in late 2015 at the beginning of the year to 3,568.

Meanwhile, in the U.S., which has the lowest overall net amount of CHAdeMO active units of the three major regions, saw the strongest gain (~27%) of the trio - moving up to 1,912 installs, from about 1,500 in January.

"The number of CHAdeMO DC Quick chargers installed up to today is 12953.

Other recent news for the standard, is the intention to introduce new 150 kW CHAdeMO charging capability.

Here is detailed map of CHAdeMOs in Europe, where France has managed to overtake UK (density comparison of European chargers were also described in previous story here).