Mercedes-Benz To Launch 4 Electric Cars By 2020 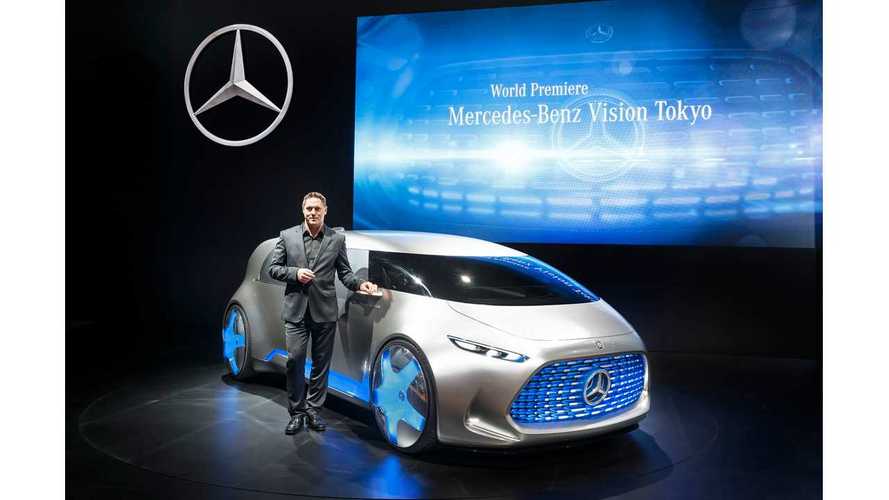 "The plans have been orchestrated by Mercedes-Benz’s outgoing R&D boss, Thomas Weber, and call for four new electric models to join the Mercedes line-up by the end of 2020."

Among those four vehicles will be two electric SUVs and a pair of electric sedans. Autocar adds:

"Each is set to share the basic elements of a more conventionally powered sibling, including so-called hard points such the windscreen and roof structure. However, there will be unique design touches to make them instantly recognisable as zero emissions vehicles, according to insiders privy to the proposals for the four models."

The goal for Mercedes-Benz will be to take direct aim at Tesla Motors (isn't it always?), who has been eating Mercedes high-end lunch of late.

Few details are known as to what we should expect from Mercedes in the electric vehicle space, but Autocar speculates that the "saloons will be based around the C-Class and S-Class and the SUVs will share common links with the GLA and GLC."

What we do know is that range for each of the vehicles will be above the minimum set forth by Weber. That minimum is 250 miles/400 km of real-world range.

So, in conclusion, we'll see four electric Mercedes in two distinct body formats with range of 250-plus miles by 2020.