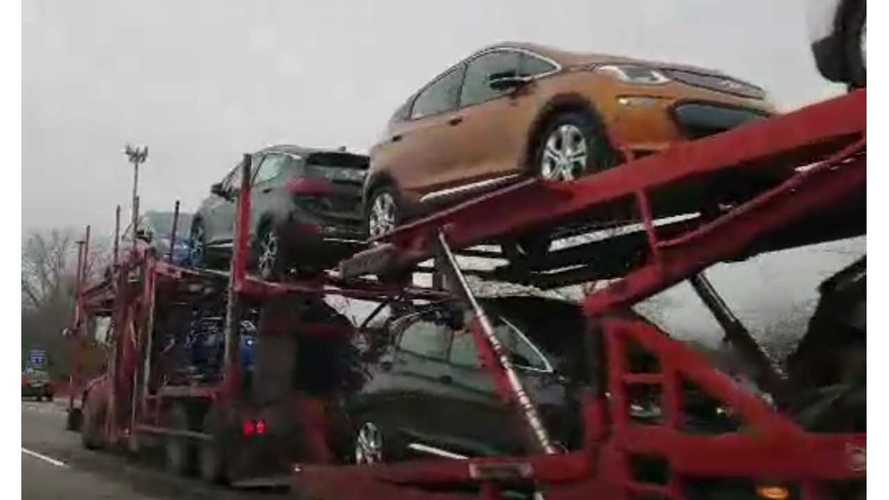 Approximately one week ago, General Motors delivered the first Chevrolet Bolts in California.

Bolts are now headed West in volume with new owners buying most of them up prior to arrival. Soon, the Bolt will make its way to some Northeast and Mid-Atlantic states for first deliveries sometime this Winter.

With 100 or so Bolts being produced at Orion Assembly on a daily basis, production is well beyond compliance level and that apparently has some analysts concerned over Tesla's ability to hit projected profit targets.

After meeting with General Motors CFO Chuck Stevens, JPMorgan analyst Ryan Brinkman and team write that they are “even more concerned that Tesla (TSLA) will have a difficult time realizing its profit objectives in the increasingly competitive market for electric vehicles.”

It seems the concern is that there's a limited market of electric car buyers out there right now and the Bolt, in being first in the long-range, affordable electric car segment, will inevitably soak up some of those potential Model 3 buyers, especially if Tesla can't deliver on its Model 3 price promise of $35,000.

"Beyond the fact that the Bolt represents solid competition for the upcoming Tesla Model 3, multiple General Motors representatives spoke to an increasing number of automakers chasing a still limited number of electric vehicle customers (perhaps in part because of the low price of fuel) in a bid to comply with government regulations, leading to a challenged pricing environment."

Pricing (or affordable pricing, at least) is not an area in which Tesla has shown any ability or willingness to operate. Yes, there have been "entry-level" versions of Teslas offered, but then those get pulled from the market and various changes are made over time that often drive up the prices of both the S and X.

Another issue that Tesla faces is that it needs to profit from electric cars, whereas a lot of the legacy automakers could actually take a loss on selling plug-ins. As Brinkman explains:

"We expect it will become increasingly more difficult for Tesla to profitably compete against an improving array of electric vehicles from automakers which are pricing such vehicles with the aim not to turn a profit but rather to sell in sufficient volume to subsidize the rest of their more lucrative portfolios of internal combustion engine vehicles from a regulatory compliance perspective."

The Bolt clearly is not a compliance car, as it will be sold nationwide in volume starting mid next year, but still the bolded part of Brinkman's statement is often true in regard to pricing plug-ins below the profit mark.

So, what are your thoughts on the situation? Does the Bolt and its arrival prior to the Model 3 present any real threat to Tesla? Will the Bolt's price of $37,495 force Tesla to focus on getting the base Model 3 (rather than offering high-line versions first, as was the case with both the S and X) out of the gate right away? Let us know what you think in Comments below.