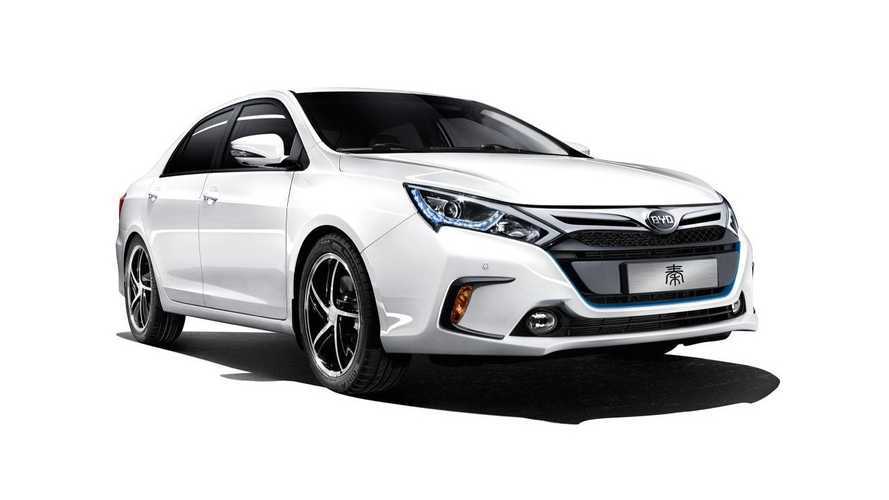 At some point in April BYD reached a significant milestone - selling its 50,000th Qin plug-in hybrid (50,490 to be precise + a few hundred of a new all-electric version for the model itself).

As HybridCars.com aptly notes, it took just 29 months (or 2 years and 5 months) to cross the 50,000 mark - a pace on par with the Chevrolet Volt (with Holden Volt, Opel/Vauxhall Ampera).

The BYD Qin is equipped with a 13 kWh battery, good for up to 44 miles (about 70 km) according to Chinese manufacturer...of course, we'd just go ahead and pencil in something like 35 miles/56km of real world/EPA range (if it was indeed classed in the US).

A big selling feature of the Qin is the performance.  The plug-in BYD accelerates from 0 to 62 mph (100 km/h) in just 5.9 seconds. Fuel consumption stands at 1.6 liters per 100 kilometer.

The other milestone achieved by BYD in April was 30,000 Tang plug-in hybrid SUVs deliveries.

Even more impressively, the 30,741 Tang were sold in just 11 months, and the car is of course only available in China.  This makes the Tang the fastest selling model of any kind to the 30,000 level.

Earlier this month, BYD also crossed the 10,000 electric buses produced mark.  So things are definitely in motion for the Chinese company when it comes to EVs

Cumulated sales of other popular plug-ins are:

Both the Renault ZOE and BMW i3 are approaching/or have just reached 50,000.