London Black Cabs Gets $400 Million Investment To Electrify Its Fleet 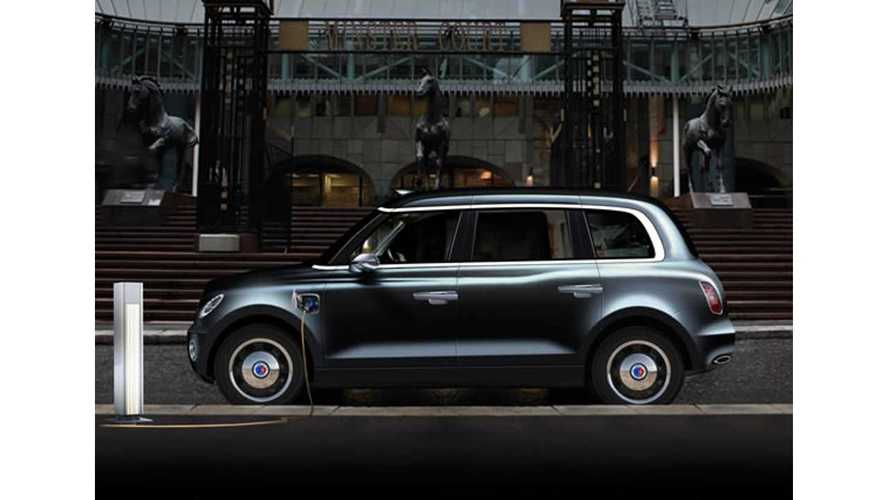 The range-extended taxis recently announced by the London Taxi Company earlier this month are now one step closer to reality, as its parent company Geely has ear-marked $400 million for the development and commercialization of the plug-in product.

"Zhejiang Geely Holding Group Co., owner of the company that makes London’s iconic black cabs, secured $400 million through a green bond sale. The proceeds will finance the development of the TX5, a hybrid battery-powered version of the classic 1958 FX4, unveiled in October during a state visit to Britain by Chinese President Xi Jinping."

"Geely’s green bond was oversubscribed by close to 6 times, according to Angie Tang, a Hong Kong-based spokeswoman at Barclays. The company has no plans to issue another in the foreseeable future, Li said." (Frank Li, group chief financial officer)

"The transaction is the first credit-enhanced green bond offering from a global auto company, according to Barclays Plc, which was a joint coordinator of the issue with Bank of China Ltd., Bank of America Merrill Lynch and Societe Generale SA. The bonds, maturing in 2021 have a 2.75 percent coupon, the lowest ever for dollar bonds in China’s auto industry, Barclays said."

Sales of electrified black cabs are to begin in the fourth quarter of 2017, ahead of the Transport For London (TFL) legislation that says all new cabs must be “zero-emission capable” from 1 January 2018.

Production will commence in a new factory in Coventry, UK, alongside a plug-in hybrid van - the Emerald Automotive T-001.

Total production capacity of both models is set at 36,000 cars.