Is This How Tesla Supercharger Credits Will Work? 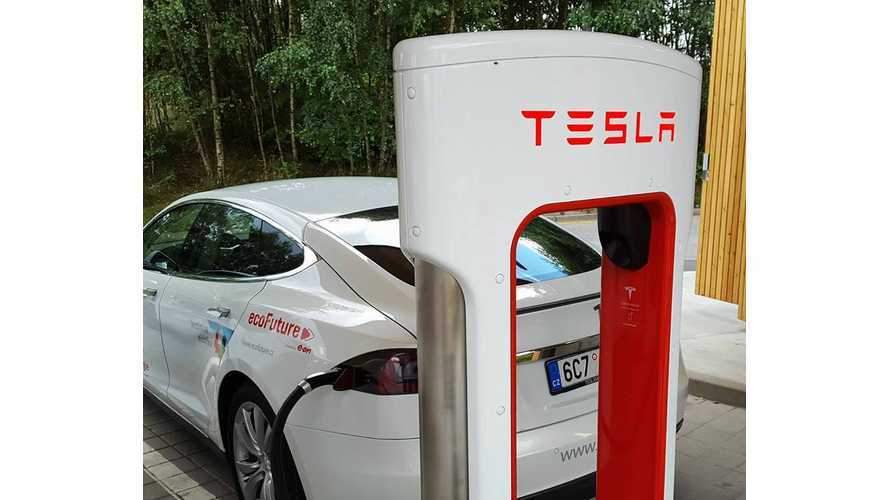 Recently, we reported that EV.network had discovered some code on the MyTesla page that possibly revealed how future Model 3 customers may be charged for Tesla Supercharger credits. Basically, the code showed an area for using a credit card, and an accumulated Supercharger credit area that will be listed in kWh.

Many speculators agree that Tesla may offer a "unlimited" package for some time levels Model 3. This obviously meaning that the consumer would prepay or the cost would be built into MSRP for top trim models etc.

However, Elon Musk has made it clear that there will be an additional cost associated, so if the package is not an option, or lower trims don't allow for it, this new "buying Supercharger credits" option will be the "go to" way for Model 3 owners to gain access.

Being that it's not legal to sell energy to consumers in some states, added to the accounting nightmares of tracking minutes or individual kWh, Teslarati believes that the credits will be simplified to 1 credit per charging visit. This could be modified in many ways, including a system that would track credits based on some type of tiered scale.

Different trims could come complete with a different number of initial credits included, or consumers could pre-purchase credit packages with larger packages offering a bigger discount.

This idea opens the door for giveaways, gift cards, competitions, holiday discounts, achievements ... you name it.

Accounts would have the option of being pre-loaded to negate customer worry. Of course, no one has any idea about pricing yet, but it would have to be reasonable enough to be appealing and make sense. Leave it up to Tesla to come up with some variation of this that will likely be a cool, innovative system.