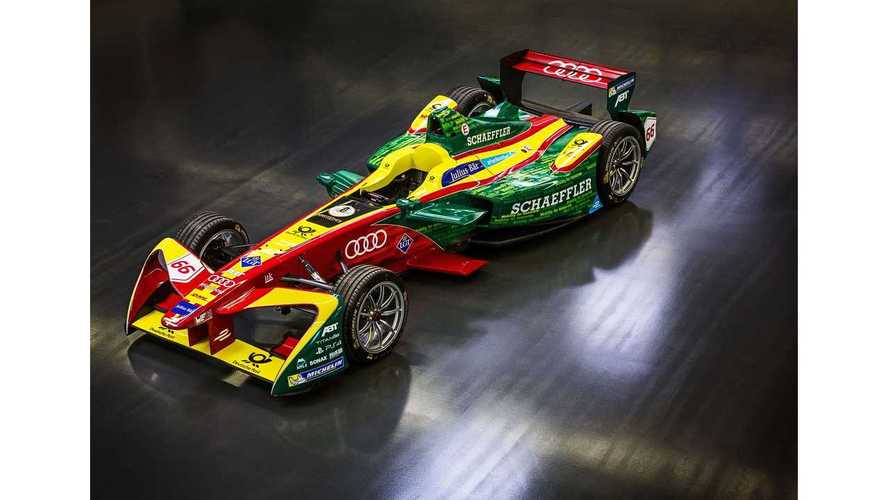 Starting for this year's season (2016/17), the ABT Schaeffler Audi Sport team will get strong support from German manufacturer, while in the next season (2017/18) it will officially become the Audi factory team.

The question now is whether or not Audi (and previously Renault) will drew more manufacturers into competition, as major OEM involvement has been fairly limited thus far.

"Audi is going to intensify its future commitment in the world’s first racing series for fully electric race cars. Starting in the 2016/2017 season that opens in Hong Kong on October 9, Audi will increase its involvement in Formula E Team ABT Schaeffler Audi Sport. In addition, it is planned to incorporate Formula E into a factory-backed motorsport program as of the 2017/2018 season."

"Audi Sport has been giving its name to the team ever since the inaugural 2014/2015 Formula E season and in the Brazilian Lucas di Grassi making one of its factory drivers available in the course of this cooperation. In addition, the team has been able to use Audi Sport’s infrastructure in Neuburg. Starting in the 2016/2017 season, Audi is going to intensify the existing partnership with Team ABT Schaeffler Audi Sport by financial and technical support. For the 2017/2018 season, on the road toward a fully-fledged factory commitment, Audi Sport will be joining the development step by step in close cooperation with technology partner Schaeffler.

Audi’s commitment in Formula E will be visible to the fans as well. With immediate effect, the four rings will be prominently featured on the sides and the rear wings of the ABT Schaeffler FE02. The fully electric single-seater race cars will be sporting their new liveries on the race track for the first time from Monday to Wednesday next week (September 5 to 7) at Donington Park in the UK where the final tests will be held before the Formula E season starts in Hong Kong.

The drivers of Team ABT Schaeffler Audi Sport are Daniel Abt (Germany) and Lucas di Grassi (Brazil) who are now tackling their third joint Formula E season as teammates. Di Grassi was third in the drivers’ classification in the inaugural season and as vice champion just barely missed the championship title in the 2015/2016 season."

“Electric mobility is one of the key topics in our industry. We intend to evolve into one of the leading premium car manufacturers in this field. By 2025, every fourth Audi should be an electric vehicle. The first model for this is planned to be an SUV we’re going to present in 2018. In the light of these plans, adapting our motorsport program and taking up a commitment in a fully electric racing series is only a logical move.”

“Audi has consistently been using motorsport to test and develop new technologies further for subsequent use in production. With quattro drive we revolutionized rally racing and subsequently set standards in circuit racing as well. In the 24 Hours of Le Mans, Audi was the first manufacturer to have achieved victories with a TFSI engine, a TDI and a hybrid race car, so writing motorsport history on several occasions. Now we intend to repeat this in fully electric racing. Formula E with its races being held in the hearts of major cities is an ideal stage for this purpose and Team ABT Schaeffler Audi Sport a logical partner for us.”