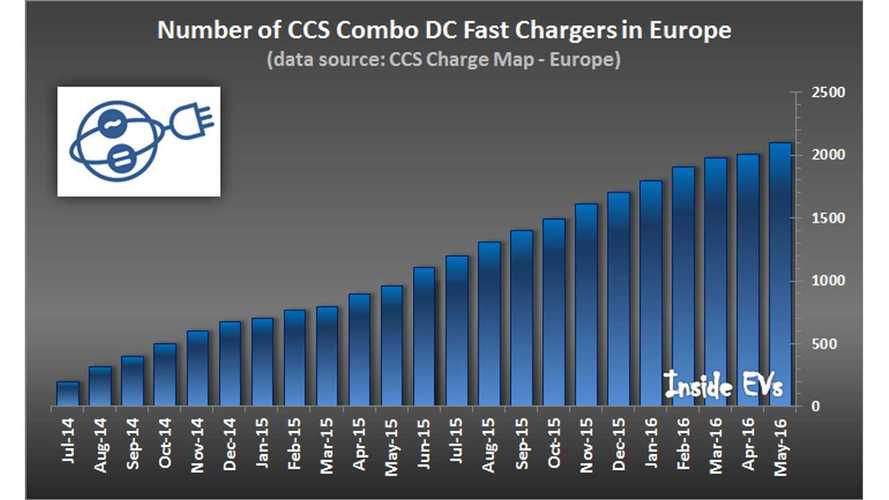 CCS Combo DC fast chargers installations continue to move forward in Europe.  The bulk of which today are units up to 50 kW.

The latest data shows that nearly 100 new locations have been added in a little over five weeks since the last update, which would be a growth rate of 15 to 20 a week.

In early April, the counter exceeded 2,000 for the first time, and crossed the 2,100 mark in the second half of May.

The difference to CHAdeMO now stands at about 900 units, with the Japanese-based standard recently eclipsing 3,000 stations.

A quick check on the operational availability of the stations show that 89% of CCS Combo chargers were confirmed as open 24/7.

The highest country volume count for CCS Combo stations is in the UK with 551 operational chargers, which is more than quarter of all the units in Europe.