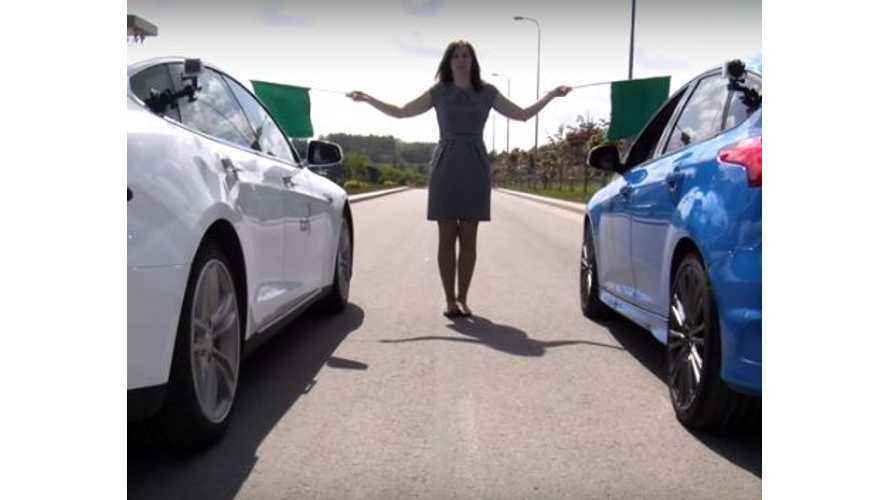 It's not often we see a 70 kWh Model S involved in racing action, but in this instance it makes for a close matchup given that its competition is a "lowly" Ford Focus.

Well, actually a Focus RS, which is quite the performance machine itself.

We do know that if any other version of the Model S was involved in this race, the result would be complete domination, but the 70D isn't quite up to the task.

The slowest Tesla vs the fastest Focus!