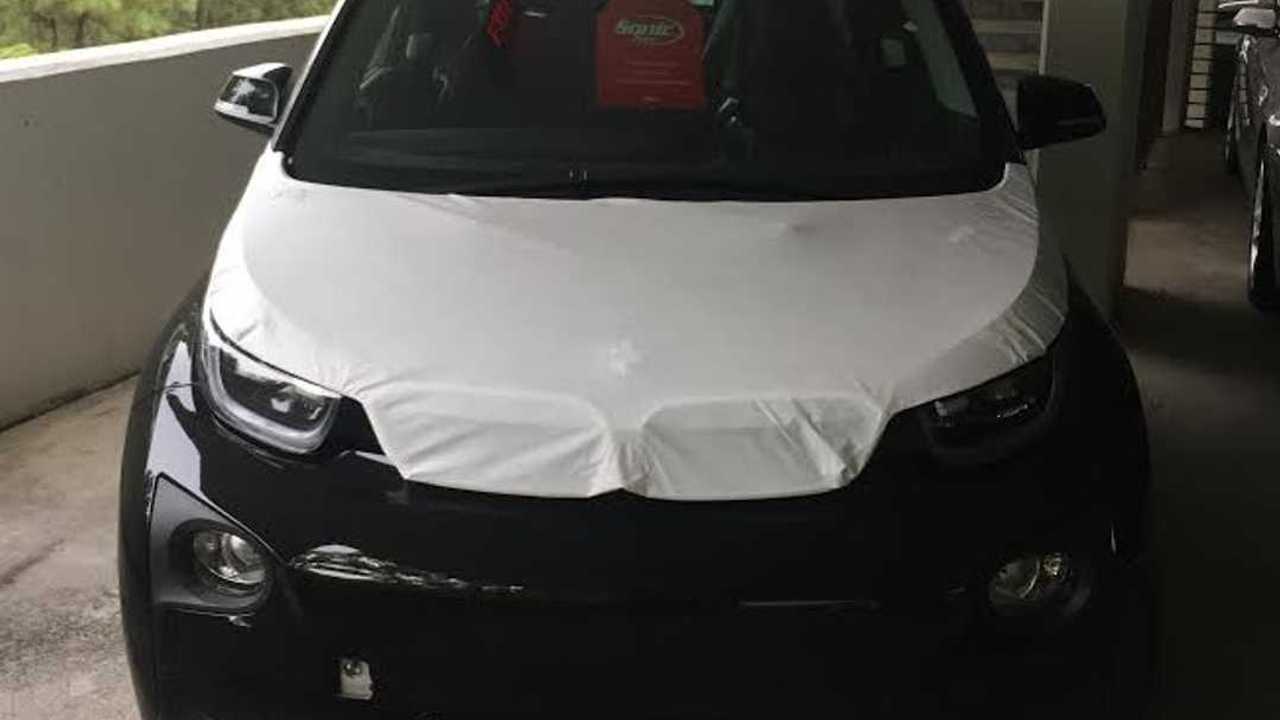 The sticker, it's always about the sticker (click to enlarge)

Dealer allocations began to trickle down the system a few months ago, with actual deliveries scheduled to begin soon.

At the beginning of August the vehicle got to the US port, but has been sitting there for quite some time. Reason? Of course, the official EPA rating.

As you can see from the Monroney sticker (right), we are getting a good increase in range from 81 to 114 miles with a reduction in efficiency from 124 MPGe to 118 MPGe.

Why the drop? Well the battery capacity is certainly 50% bigger but the increase in weight does decrease the overall efficiency.

No longer just for Europeans, that there is a sunroof for the BMW i3 in America

If you continue to read the window sticker, you will notice a few changes: Sunroof!!! Yes finally! Not sure why the rest of the world enjoyed this wonderful addition for the last two years but it is here now!

The jump is certainly in the battery cost, but also the sunroof. Therefore when the 2017 60 Ah BEVs will hit the stores (or bmwusa.com), we will probably see a modest price drop.

My personal theory on the overall delay is that we are missing the REx (Range Extender) Version from the equation. While Europeans have seen 2017 94 Ah REx models for sometime, they have not yet been certified in the US by the EPA.

One possible reason is the complicated dance with California's CARB regulation. If you recall the 2014-2016 fuel tanks in US are capped using software at 1.9 gallons vs the full capacity of 2.4. This is done specifically to adhere to rules governing the tax credit in California, and allows the i3 REx to get the full $2,500 State Tax Credit.

With the battery now being 50% bigger, what will the new fuel tank capacity look in US? Perhaps it will be sorted out soon and we can see both the REx deliveries to occur and long overdue update at bmwusa.com.

Since BMW NA has been running 94 Ah commercials during the Olympics, perhaps it is time to finally let people get full specs on 2017 94 Ah models and get them ordered for a quick delivery!

A few other changes: