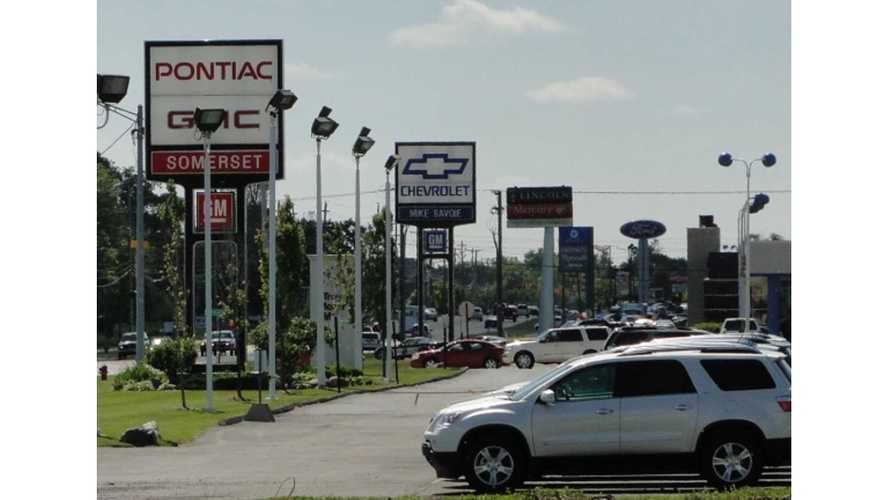 Tesla CEO Elon Musk will take the direct sales case to U.S. federal court if results in Michigan are not in Tesla's favor

After  many efforts to try to convince Michigan officials to allow Tesla to sell ITS cars in the state, Tesla finally had to file a lawsuit against Michigan. This is not only due to the state practicing laws that Tesla sees as unconstitutional, but also because the state went so far as to add legislation "tweaks" to make it even more difficult for Tesla to move forward. Elon Musk and company have referred to said tweaks as the "Anti-Tesla bill." According to The Detroit News, state officials are denying unfair treatment.

Tesla just opened a mini-showroom in a Nordstrom store at the upscale Somerset Mall in Troy, Michigan. The company can show the car, but that's about it.

The state's official response to Tesla's recent filing is that a 2014 provision to the state's dealership laws weren't intended to "block" Tesla. The state does admit that prior to the amendment, Tesla was already restricted by former laws that have been in place for years. The state reported:

“The statutory scheme that plaintiff claims discriminates against plaintiff has existed in its current form since before plaintiff existed as a company."

Tesla disagrees, and argures that dealers were rewarded for lobbying against Tesla. More specifically, GM went to great lengths to assure that the amendment was put in place. GM CEO Mary Barra has publicly ridiculed and attacked Tesla in the past.

The more interesting piece of the puzzle is that Michigan officials are telling the public that Tesla has never actually asked to sell its vehicles in Michigan. Instead, Tesla has requested to operate its own "dealerships" (which caused confusion, as Tesla does not use the dealership model, and instead, sells directly via showrooms and the internet). The problem that the state continues to address is that the law only allows for the selling of vehicles through "franchised dealerships." Tesla responded:

“If it’s the state’s position that Tesla can sell its cars directly to consumers, Tesla welcomes that opportunity and invites the state to work with us so that we can start serving our customers in Michigan as soon as possible.”

Prior to the 2014 amendment, it appeared to Tesla that it would avoid the state's restrictions if the company opened a dealership of its own, instead of its usual gallery/showroom. Michigan Governor Rick Snyder has been conveniently avoiding any involvement in the problem. When asked how he feels about Tesla opening a gallery in Michigan, even though it can't sell its cars in the state. He responded:

However, the amendment that Snyder signed in October of 2014 makes it against the law for Tesla to directly sells ITS cars in Michigan. The law, backed wholeheartedly by the large automakers and the franchised dealerships, closed a "loophole" that may have allowed Tesla to move forward. Since then, the Secretary of State has denied Tesla a new dealership license and a used dealership license. Tesla has noted such a loophole in other state's legislation, and used it in the company's favor in the past.

Snyder sees the law as "clarifying and strengthening" prior legislation. The original law stated that automakers can't sell NEW vehicles directly to consumers without a dealership. The changed law states that an automaker can't sell ITS vehicles without a franchised dealership. Hmm ...