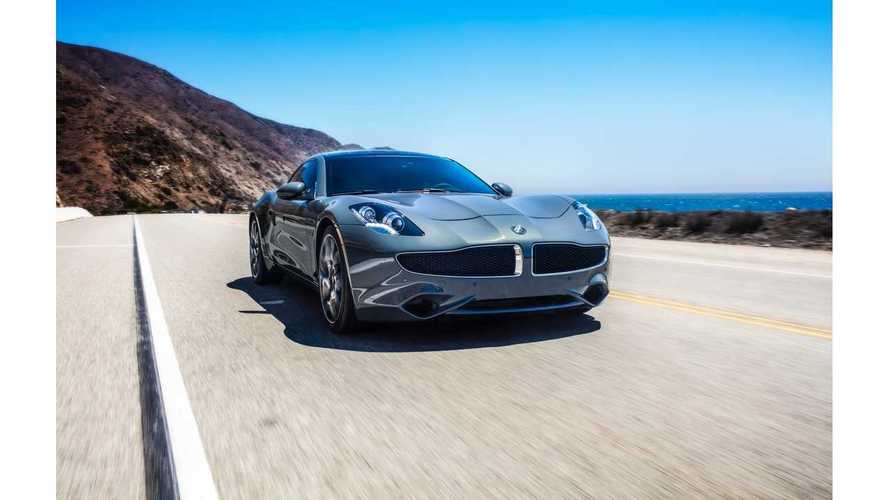 Wanxiang Group, the auto parts supplier that purchased Fisker Automotive's asset (now called Karma Automotive) some three years ago, has finally been granted approval to build its vehicles in China.

As part of the purchase agreement, Wanxiang must still manufacture some vehicles (Reveros) in the U.S., but with this approval to build in China, it now seems more and more likely that the bulk of production for Fisker will be overseas.

Officially, manufacturing of the $130,000 Revero is already underway in the U.S., but these are mostly hand built vehicles and production volume is extremely low.  First deliveries of the re-born Fisker Karma start in Q1 of 2017, and some ~900 deliveries are targeted for the first year of sales.

The approval to build in China opens the door for some Revero production to be shifted there, as well as for all production of the long-awaited Atlantic (a smaller/~half priced version of the Revero if you will) to take place in China.

"According to a notice on Friday on the website of the National Development and Reform Commission, China's top economic and industrial planner, Wanxiang has the green light to build a factory with capacity to produce 50,000 electric cars a year."

"The move means the former Fisker Automotive, which was founded in part with a U.S. government loan and ceased production of its $100,000 plug-in electric hybrid sports cars in 2012 after a series of technical glitches and cost overruns, continues to survive under Chinese ownership after Wanxiang gave it a second life."

Out of those 50,000 vehicles produced annually, the break down was previously stated to be 39,000 Atlantics per year and 11,000 Reveros. The Atlantic is still several years away from production though, so actual annual Revero output in China could in theory be as high as 50,000 right out of the gate if demand warranted.