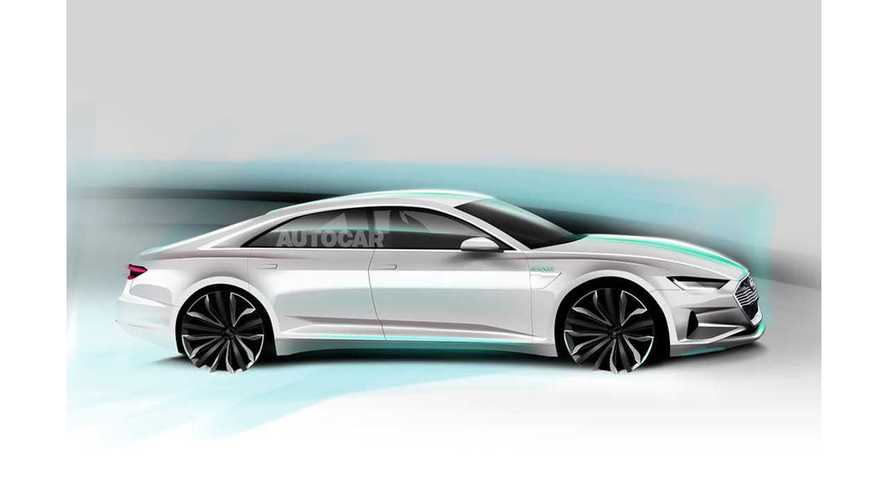 It's been rather hard to believe the promises made by automaker Audi, but in the wake of the Dieselgate scandal, we now all know that the Volkswagen Group, whether they like it or not, will have to focus its future efforts on electrification and one of the centerpiece vehicles coming from this push into plug-ins will be the upcoming Audi A9 e-tron.

Dubbed as a true Tesla Model S competitor (though 8 years late to market), the A9 e-tron will be an AWD electric sedan with range of up to 311 miles (presumably NEDC) and Level 4 autonomous driving.

“By 2020 we will have three EVs in the line-up. We’ll start with the production version of the e-tron quattro concept car, which will have a range of up to 500km. By 2025, 25% of our line-up will be battery-driven models.”

The A9 e-tron is expected to launch around 2020 and it'll share technology with the upcoming, long-range, pure electric Audi Q6 e-tron SUV, a Tesla Model X competitor.

The A9 will be the top-of-the-line electric model for Audi, with other less costly BEVs expected to be positioned below it in the future. Yes, this all sounds a lot like Tesla's grand plan.

Autocar adds some background on how the A9 e-tron came to be:

"Under an earlier model strategy, Audi had planned to apply the A9 name to a large, conventionally powered four-door coupé to rival the Mercedes-Benz S-Class Coupé and Bentley Continental GT. However, it has been overlooked in favour of the electric luxury saloon, which will have unique styling and the performance to challenge the Model S."

"The starting point for the new Audi is the EV platform showcased by the e-tron quattro concept at last year’s Frankfurt motor show. The predominantly aluminium structure differs in design from the one being developed by VW Group sister company Porsche for the production version of its Mission E concept car, which is also due to go on sale by the end of the decade."

In terms of powertrain, the production A9 e-tron is expected to empoloy a similar setup to the e-tron quattro concept, which would imply three electric motors, with one up front and two out back. Total hp is listed at 496 and torque is up to 590 pound-feet.

Sources says that the A9 e-tron will employ a 95 kWh battery pack and that Level 4 autonomy will be achieved in this car, a first for Audi and perhaps a first in the industry if the German automaker isn't beaten to the punch.