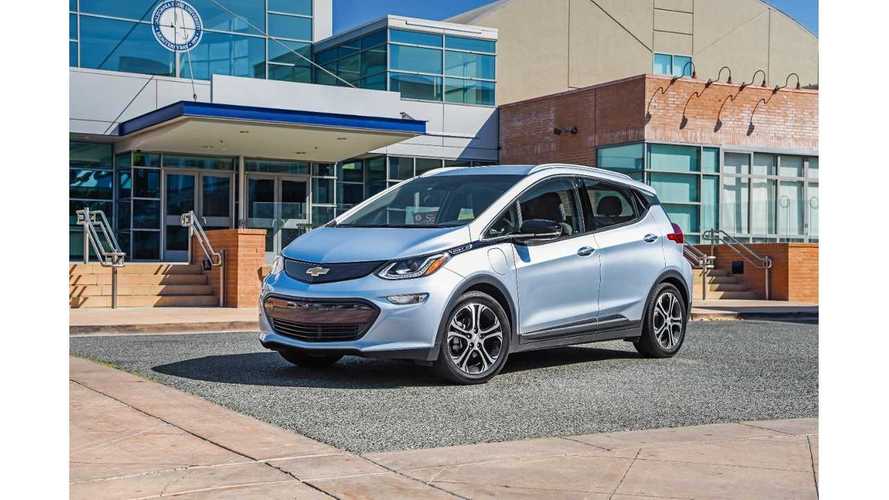 General Motors will not only build the second-generation autonomous Chevrolet Bolts at its Orion Assembly plant in Michigan, but the company also has plans to start testing self-driving Bolts on Michigan roads very soon. GM CEO, Mary Barra, announced that GM will be the first major automaker to build a fully autonomous vehicle prototype, and that the Detroit area will be one of the main hubs for testing. She shared:

“We will now expand AV (autonomous vehicle) activities on public roads on the outskirts of our Warren campus. And within the next several months, we will expand testing to Metro Detroit.”

“We’re not putting a date on it. I think you see by our announcement today we are working extremely aggressive. We’re being gated by safety. We want to make sure we have safe and reliable autonomous vehicles on the road.”

The company is already underway with testing in "closed" areas, at its Warren Tech Center, in Michigan. Public road testing has been in place in California and Arizona for some time. GM acquired San Francisco-based self-driving tech startup, Cruise Automation, to assist with the project.

Testing in Michigan, especially during this time of year, will paint a clear picture as to how the autonomous Bolts fare in wintry conditions. Barra added:

You can see the name displayed on the bumper

“We’re ensuring our AVs can operate safely across a whole range of road, weather and climate conditions.”

GM is going to great lengths to assure that the autonomous Chevrolet Bolts are easily distinguishable to other drivers. They will have manufacturing license plates and be white (at least for now), with obvious roof-mounted autonomous tech. Engineers will be behind the wheel, as a safety precaution. They have actually named their cars to make the self-driving Bolts even more obvious, and the names will be displayed on the vehicles.

Testing will start in early 2017, and Barra said that sometime next year, GM will already offer vehicles with "Super Cruise". This is a technology that allows for "hands off/feet off" freeway driving. She said that the Cadillac CT6 actually will be the first vehicle to offer the new tech.

Michigan governor, Rick Snyder, already signed off on preliminary autonomous vehicle regulations. One such law allows for "on-demand autonomous ride-sharing without a driver." This is a huge step in early lawmaking related to the technology. It could mean that Michigan will be one of the first states to adopt such policy. GM is already in the process of setting up autonomous ride-sharing services, partnered with Lyft.

“The challenge is for consumers to believe one of the world’s largest manufacturers can design and innovate such technology. Hopefully, being early on road testing will convey that yes, they can and are innovating.”