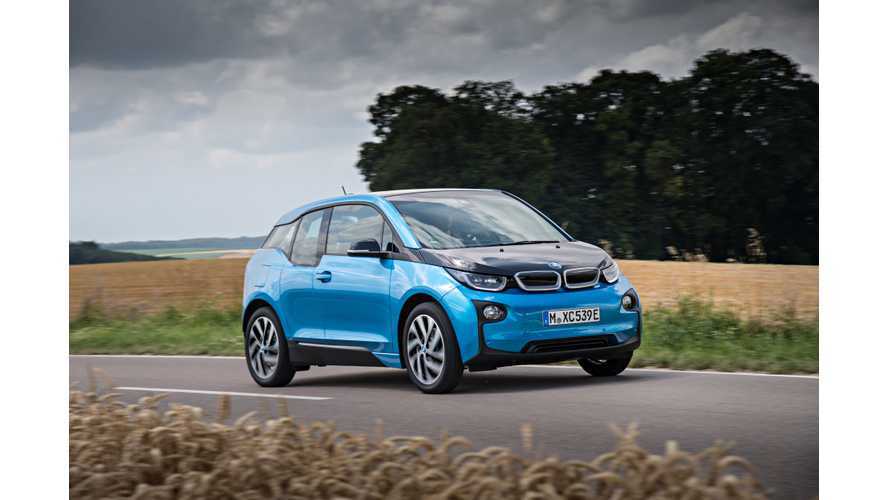 But the latest increase of battery capacity (from 22 kWh and 81 miles / 130 km range) is for sure not the last word from BMW on the subject.

According to BMW representative Heinrich Schwackhöfer (from the 1:00 mark), in the near future ("five years" is cited) the range of the BM3 i3 is expected to double, which would translate to roughly 228 miles / 366 km.

BMW representatives also said that a battery renting scheme, separate from vehicle ownership (practiced by Renault, Nissan and smart today on some of their EV offerings) was considered, but was deemed not a good fit, and in the end will not be employed.