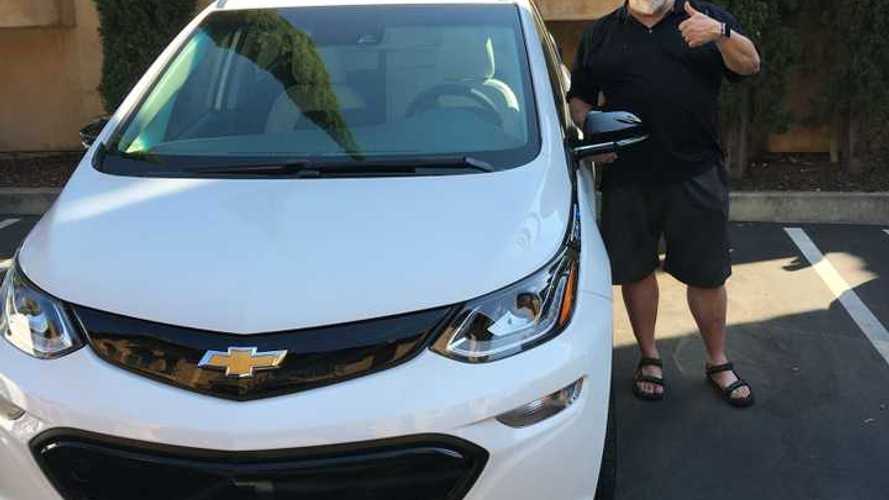 Apparently, Woz (Steve Wozniak of Apple fame) can't make up his mind. Just as we expected, the Chevrolet Bolt will not suit his long-distance travel needs. However, not too long ago, Woz was enamored with the Bolt EV and made it public.

The Chevrolet Bolt is, in fact, now available near the Wozniak residence in California. However, they aren't making the switch after all. Janet, wife of the ex-Apple exec, actually purchased a Tesla Model S for him. Perhaps an early Christmas present?

He has shared in a previous social media post that his wife is a big factor in the decision. They weren't ready to give the Bolt an "A+" before driving it for awhile. The couple enjoys road trips and are frequent "guests" at the nation's Tesla Supercharger stations.

Added to the Supercharger situation (or the Bolt's lack thereof), the Bolt takes much longer to charge than Tesla's vehicles. Right now, the Bolt is limited to a 80 (or 50 kW) kW charging rate.

As the new Chevrolet model takes the roadways, and the product is scrutinized by the automotive press, developments will unfold. For this reason, Woz has not thrown in the towel completely. GM is already underway on the vehicle's second-generation offering, and it will likely come with autonomous capability, and hopefully deal the charging concerns will be addressed. For now though, Woz realizes that Tesla can't be beat for road-tripping.Woz admitted:

“I’m still considering the Bolt. It had a lot of things nicer about it than the Tesla. But I’m concerned about how it would work on our favored road trips. So far, Tesla’s the only game in town for that.”

Woz has often referred to Tesla as the "biggest disruptor in the current marketplace." However, the brief stint of positive press for GM was just another boost to the growth of the EV segment.