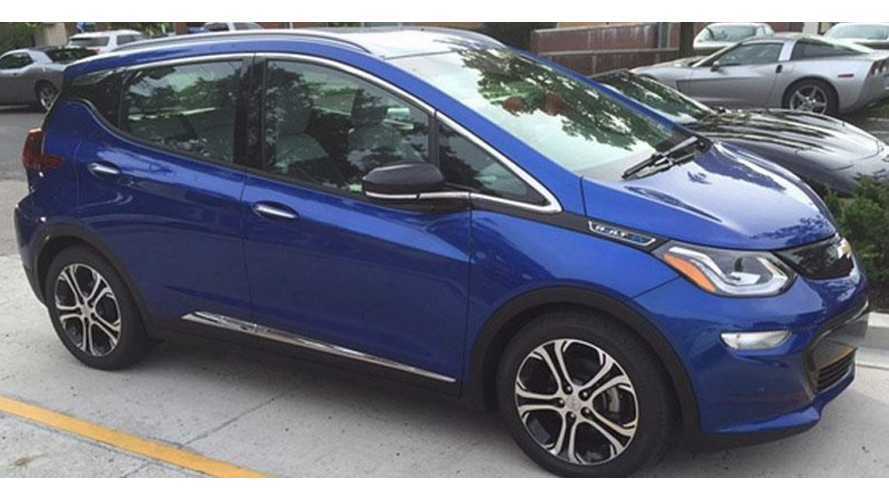 A blue "production intent" Chevrolet Bolt (see image) was spotted by Richard Truett of Automotive News outside of the Detroit area this past weekend.

Truett reports that a laptop was connected to this Bolt and that an engineer confirmed to him that this was indeed a "production intent" vehicle, which means that all the parts, trim, fit, finishes, etc. are correct and that production is now right around the corner.

“We’re on the same timeline we’ve always communicated. … Retail production of the 2017 Bolt EV begins later this year, and it will be in dealer showrooms shortly thereafter.”

Range of the Bolt is still stated at more than 200 miles per charge, which makes this car the first affordable, long-range electric to hit the market when it goes on sale in just a few short months.