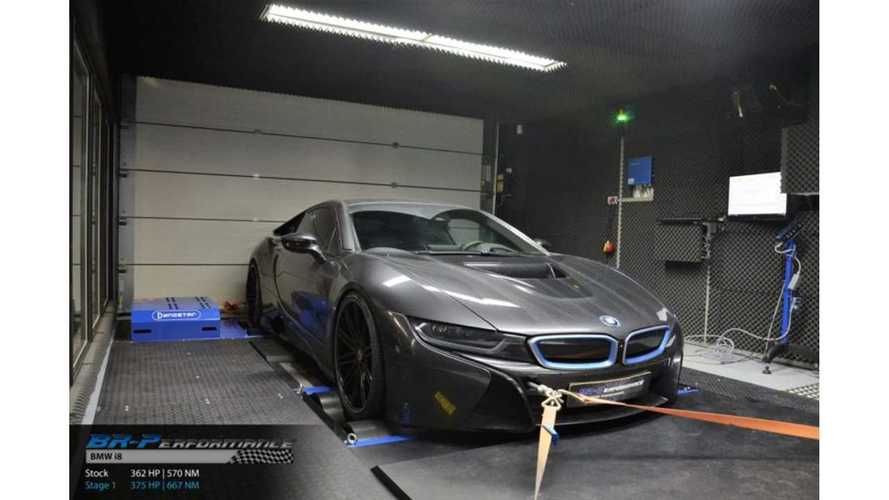 BR-Performance Netherlands claims to be the first tuning company to actually extract more horsepower and torque out of the BMW i8.

Typically, "tuning" for plug-in electric cars has been limited to body kits and suspension mods, but BR-Performance Netherlands wasn't about to follow the norm.

Instead, BR-Performance Netherlands set out to get more oomph out of the i8 and the company actually succeeded.

BR-Performance Netherlands extracted 13 more horsepower from the i8's 1.5-liter gas engine, which isn't a lot, but torque shot up by a remarkable 71 pound-feet. That's certainly enough to make a significant difference in off-the-line acceleration.

No acceleration figures were released, but the 71 additional pound-feet of torque have to cut the 0 to 60 MPH time by at least a few tenths of a second from the stock car's 4.2 seconds (or 3.8 seconds, according to Road & Track).