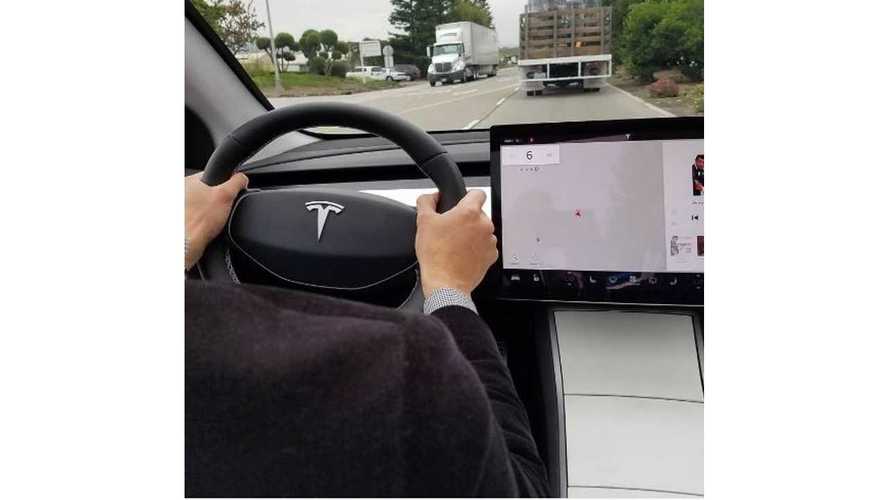 A lone interior image of a Tesla Model 3 has emerged via Richard Hennessey on Instagram over the weekend.

The image appears to show the same interior setup for a Model 3 that we've seen a few times now, so we assume this is still an early prototype version of the Model 3.

From the caption it appears as though this Model 3 being driven near the grounds of the Tesla factory in Fremont, California.

Editor's Note: Richard's Instagram page has apparently now been removed, but here is a cache of the shot.

Below is one of the few existing interior images from one of the early Model 3 prototypes revealed by Tesla.