Norway to Get First Bolt EV Based Opel Ampera-e This June, Germany And France To Follow 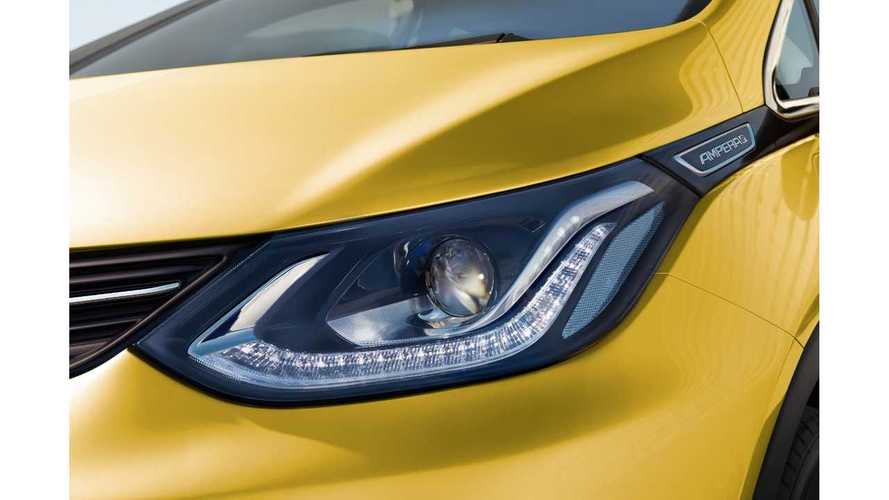 Opel Ampera-E Arrives In Norway this spring from ~$33,600 USD

General Motors has announced that the first country to be receiving the Chevy Bolt EV's sister car, the Opel Ampera-e will be Norway.

The all-electric car is advertised in Europe as having an "electric range of over 500 km (311 miles)" on the ambitious NEDC (New European Driving Cycle), but realistically the normalized range is 383 km (238 miles) as rated by the more conservative EPA metric.

Opel cites Norway being the obvious first choice for the Ampera-e's late Spring debut in June because it is "the most mature electric vehicle market in Europe",  Heading into December, BEVs (all-electric vehicles) hold more than a 15% overall share of the new vehicle segment (with plug-in hybrids also over 15%, combining for 30%+).

GM also acknowledged that Europe-bound production out of its Orion, Michigan facility will be limited out of the gate, and is the reason behind the gradual roll-out of the vehicle internationally.

"As the ramp-up production curve for the Ampera-e will be slow, only a limited volume will be available in the first months. Therefore, a staggered launch plan for Europe markets has been put in place, focusing initially on the markets that have an existing EV infrastructure in place and/or have shown the greatest ambition to populate their streets with electrically-powered vehicles."

Once Norway deliveries are underway, the next country lineup will be:

For everyone else, Opel says that "most other European countries will follow in late 2017 or during 2018 as production volume grows".

“The availability of the Ampera-e will be limited due to a slow ramp-up of production at the Orion plant in Michigan. Therefore, we made a decision to go with a staggered introduction plan going first with the countries that already have some form of EV infrastructure in place or countries that have shown ambition to become EV leaders. This has created the pecking order Norway, Germany, Netherlands, France and Switzerland.

However, we are flexible here and will be able to add countries or change the order at short notice if somebody becomes so attractive because of changed policies for example. Our goal is to have enough capacity by 2018 so that we can offer decent volumes in most European countries.