Can The Tesla-Consumer Reports Love Affair Be Saved? 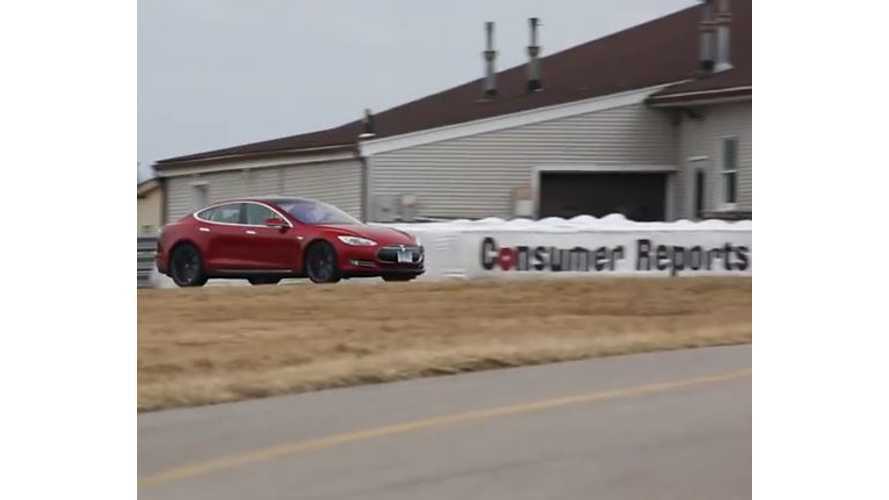 Free CR information, caught on camera at a local CVS. Why pay?

TESLA AND CR: CAN THIS MARRIAGE BE SAVED?

Tesla loves Consumer Reports. Consumer Reports loves Model S. They’ve both said so. Yet they’re perpetually estranged. After several years of Model S production — during which the car has morphed from merely powerful to Ludicrous and from merely smart to virtually alive, and during which Tesla has devoured market share from century-old brands and doubled its sales volume every year — CR is still telling everyone to avoid the car.

Go to your local CVS and look at the latest car issue. Tesla’s charts have a couple rows of black dots, mostly in “noises and leaks.” And Model S is among the “Worst of the Worst” used cars.

Irreconcilable differences, it seems. It’s the stuff of divorce — and a film in 1984, when the USA was still literate enough to abide big words.

Tesla isn’t the only brand estranged from CR. Even Acura is in the doghouse. But Acura isn’t trying to force a paradigm shift in motoring. Tesla is trying to do exactly that. It’s also trying to sell a low-maintenance story. Electric vehicles don’t need much attention, supposedly, right? Right.

Bottom line: Consumers are ignoring Consumer Reports. Tesla has generated such loyalty that CR’s little black dots may as well be Junior Mints. Why?

And so on. Tesla can survive this divorce. It has certainly won custody of the children. But what about CR? Well, it’s already frayed from its ongoing cold war with the internet. You’re pondering a purchase of, say, a hedge trimmer. Why pay for a CR subscription only to find it hasn’t reviewed hedge trimmers for five years? You can get crowd-sourced reviews instantly, for free, even on just-released or esoteric stuff that CR hasn’t touched.

Are peer reviews scientifically precise? No. Polluted by impostors? Maybe. Polluted enough to warrant getting out your credit card and going to CR’s website to click on a half-hour’s worth of subscription agita in the hopes of getting a cleaner opinion? Probably not.

And if you really want to know what CR thinks about hedge trimmers, even if its review is old, you can probably find out with just a few more clicks. Or drive to the library and look for the issue. But hurry, before libraries vanish.

Naturally, Tesla and TeslaMondo would love to see CR bless the Model S, and eventually the X and III. But if it never happens, Tesla will survive, even thrive. The brand has a very bright future. Consumer Reports, however, is aging along with its subscribers. Ask a room full of 30-year-olds this question: “Which brand will factor more heavily in your future, Tesla or Consumer Reports?”