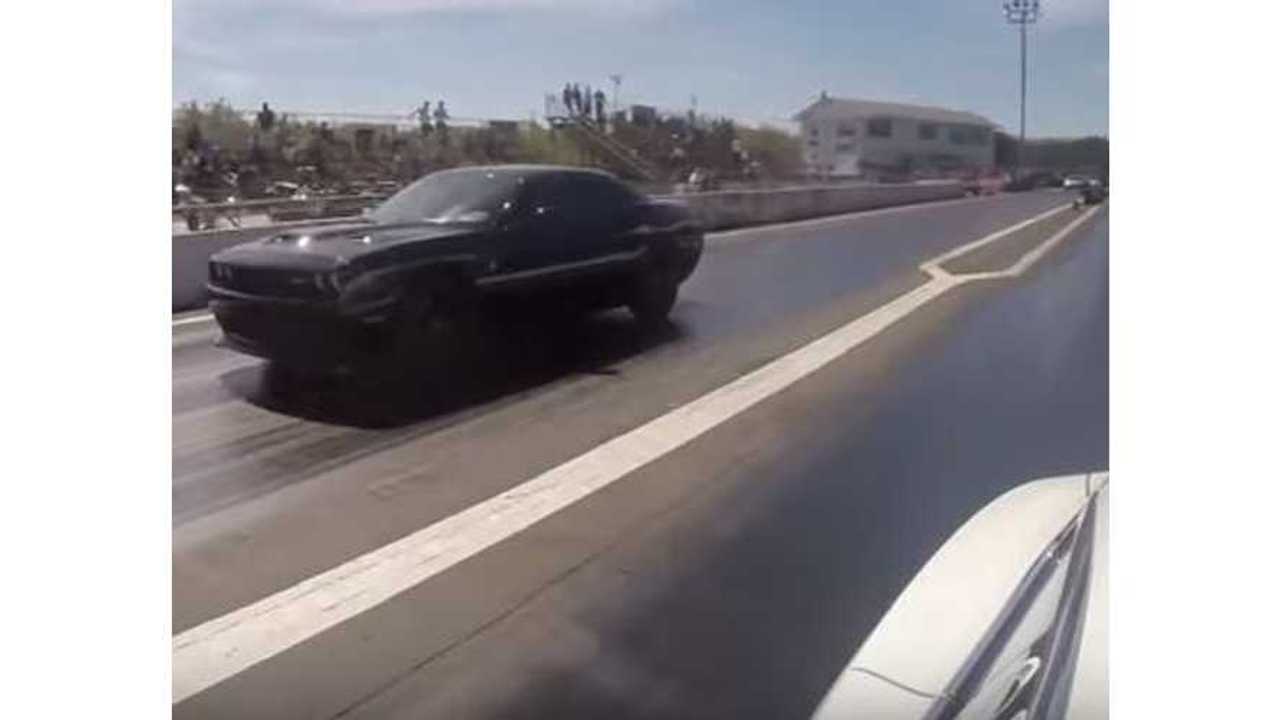 We've seen a Tesla Model S whoop a Hellcat in the past, but now we get to watch as two Challenger Hellcats attempt to beat a Ludicrous Model S at two different race tracks.

The results are basically what we've come to expect...the Hellcat is simply not well matched for the S unless driven flawlessly (and maybe with a little friendly assist from the P85D owner in this case)

Lucky enough for us we found a cool guy in a Dodge Challenger Hellcat at Moorseville Dragway who was down to run our Ludicrous Tesla Model S. The car had some drag radials but still didn’t do the best from a launch. This may be the “Tesla Racing Channel” but we want good, close races to be honest. The owner wanted to run again but the track was shut down before we were able to.

Fast forward to Piedmont Drag Strip where we found another Challenger Hellcat, this one stock with little miles. Couldn’t find the owner right away so went to the tower for a callout, I couldn’t do it for free he said so what the hell, do it for whatever amount he wants. No money was thrown on table so I decided to give him the first move to at least try and get a good close race, which it was!