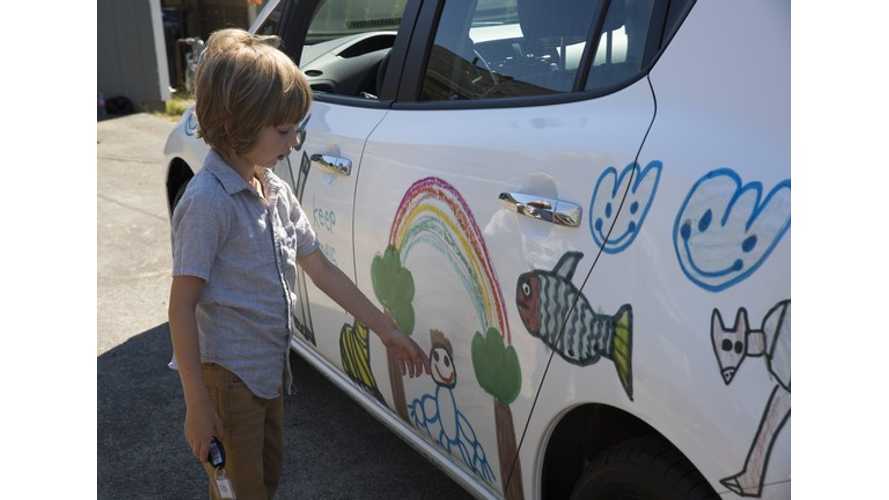 A few months ago, a video of six-year old Henry Marr hit the Internet, showing his intense reaction to a video that he had watched earlier that day school on pollution, which lead to his activism around conservation from then on. (That video is also attached below).

Henry's reaction went viral, and earned him the name the "Emotional Environmentalist", spurring the youngster to continue in his quest to save the word.

"Henry's video received millions of views. Since, he's been embracing his newfound fame and working to do his part, to help the environment.

Henry has since written a book called "Enjoy the Planet, Don't Wreck It." He also patrols his neighborhood park, Littler Mountain Park, picking up litter and watching out for those not taking care of the earth. If he sees a "naughty person" he blows his whistle."

Apparently, Nissan was also affected by the interest shown in Henry's video (and his subsequent devotion to the Earth), as the company hooked up the Marr family with their own LEAF - customized with some of Henry's artwork.

"In August, Nissan wrapped a Nissan LEAF in Henry's artwork and delivered the car to his home – so that the family could drive smog-free and show Henry what electrical vehicles are all about.

When Nissan delivered the LEAF to the family in Mount Vernon, Washington, it was a complete surprise to Henry. The family will be charging the LEAF at their home, a public charging station up the street from where they live and at the husband's office (an electric utility). They live in the Pacific Northwest corridor of charging stations."