Hydrogen Fuel Cell Hyundai At Half The Price In 2018 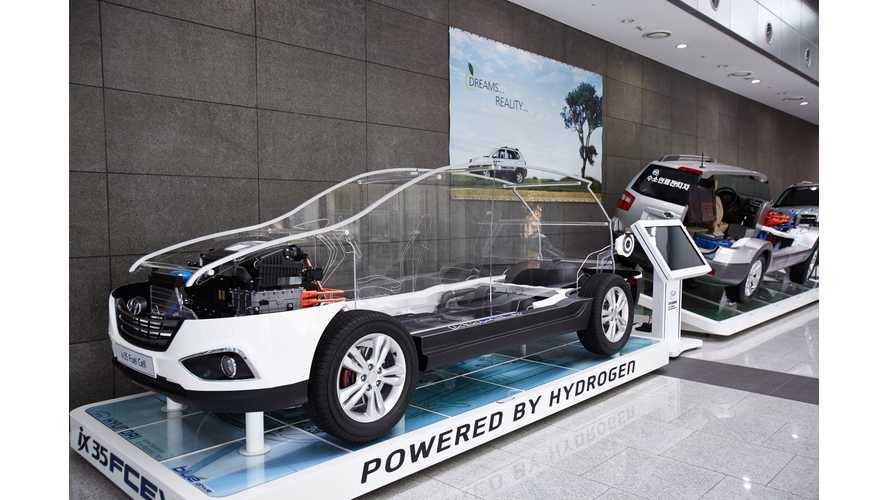 Hyundai intends to introduce a new hydrogen fuel cell model in 2018...at around half the price of the current Tucson Fuel Cell according to the Korea Herald.

This new FCV could be the dedicated model hinted at earlier this year.

The sales of hydrogen fuel cell vehicles for Hyundai (and the tech's supporters) to date have been way below company expectations and aspirations of their supporters.

Much of the fuel cell technology advancement and production today is based on governmental support, so lowering the price (regardless of profitability per unit) to show an increase in sales is a necessary action in order to keep that R&D money (and emission credits) flowing.

There is still a continuing expectation by the South Korea government that they will put 10,000 FCVs on the road by 2020, while exporting further 14,000.