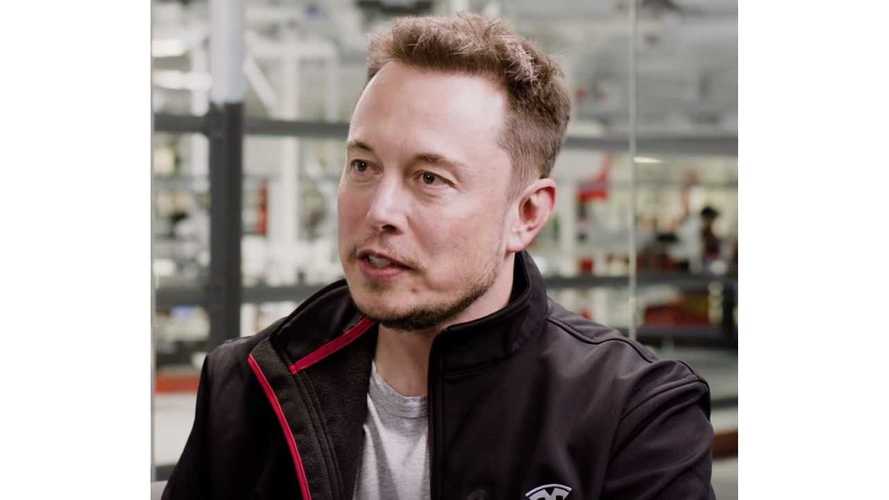 President-elect Donald Trump's transition team has just announced that three notable CEOs will be added the Trump's advisory council (referred to as the Strategic and Policy Forum).

Among those CEOs is Elon Musk (CEO of Tesla Motors and chairman/CEO of SpaceX). The inclusion of Musk is notable due to the fact the Tesla's CEO has shown a public dislike for Trump. His inclusion is more likely due to his tie with SpaceX rather than for his connection to Tesla.

The other notable CEOs are Uber Technologies CEO and co-founder Travis Kalanick and PepsiCo Chairman and CEO Indra Nooyi.

This announcement comes ahead of the planned meeting between Trump and top execs from some of the U.S.' most prominent companies. Elon Musk is expected to attend the meeting.

Earlier this month, President-elect Trump established the President’s Strategic and Policy Forum and announced an initial round of 16 members. The Forum, which is composed of some of America’s most highly respected and successful business leaders, will be called upon to meet with the President frequently to share their specific experience and knowledge as the President implements his economic agenda. The Forum will be chaired by Stephen A. Schwarzman, Chairman, CEO, and Co-Founder of Blackstone.

“America has the most innovative and vibrant companies in the world, and the pioneering CEOs joining this Forum today are at the top of their fields,” said President-elect Trump. “My Administration is going to work together with the private sector to improve the business climate and make it attractive for firms to create new jobs across the United States from Silicon Valley to the heartland.”

Members of the Forum will be charged with providing their individual views to the President — informed by their unique vantage points in the private sector — on how government policy impacts economic growth, job creation and productivity. The Forum is designed to provide direct input to the President from many of the best and brightest in the business world in a frank, non-bureaucratic and non-partisan manner.

With today’s announcement of three additional members, the individuals on the Forum now include:

Background on the Additional Members of the Forum Announced Today

Travis Kalanick, CEO and Co-Founder Uber Technologies. Travis Kalanick is a serial entrepreneur and the CEO and co-founder of Uber. A Los Angeles native, he learned to code in middle school and studied engineering at UCLA. When he was still a student, Travis founded Scour, the first peer-to-peer search engine. He went on to start Red Swoosh, which was acquired by Akamai Technologies in 2007. In 2008 Travis and Garrett Camp dreamt of being able to get a ride at the push of a button on their smartphones. They soon made that dream a reality when they launched Uber, a global ridesharing service that has revolutionized the way people move, work and live in more than 450 cities and 80 countries around the world.

Elon Musk, Chairman and CEO, SpaceX and Tesla. Elon Musk co-founded Tesla Motors in 2003. As Chairman and CEO of that company, he oversees Tesla’s product strategy — including the design, engineering and manufacturing of more and more affordable electric vehicles for mainstream consumers. Mr. Musk also serves as Chairman and CEO of SpaceX, which he founded in 2002 to revolutionize space technology. SpaceX designs, manufactures and launches advanced rockets and spacecraft. Prior to Tesla and SpaceX, Mr. Musk started the Internet companies Zip2 and PayPal. Mr. Musk received a B.A. in physics from the University of Pennsylvania.

Indra Nooyi, Chairman and CEO, PepsiCo. Indra Nooyi is Chairman and Chief Executive Officer of PepsiCo. PepsiCo’s main businesses include Quaker, Tropicana, Gatorade, Frito-Lay and Pepsi-Cola. With more than $63 billion in annual net revenue, and more than $35 billion in the United States alone, PepsiCo makes hundreds of enjoyable foods and beverages that are loved throughout the world. PepsiCo is the largest Food and Beverage Company in the US, with approximately 110,000 employees and 100 manufacturing plants across the country. Its employees are based in all 50 states and the District of Columbia. She holds a B.S. from Madras Christian College, an M.B.A. from the Indian Institute of Management in Calcutta and an M.P.P.M. from Yale University.