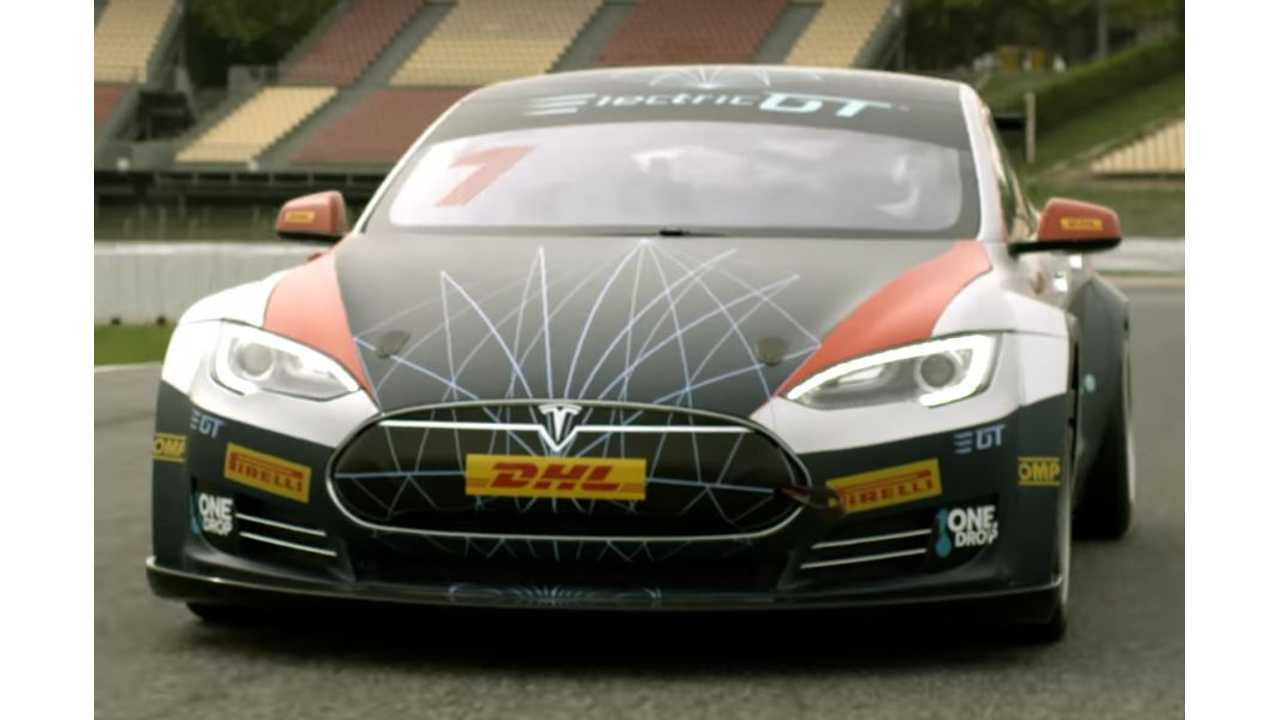 Just last week, the Electric GT (EGT) Championship unveiled the Tesla Model S P100D for its next generation racing series. The new series will be known as EGT V2.0, and will begin in 2017. Previously, the series utilized the Tesla P85+, and the understanding was that it would stick to that model. This seemed strange since the P100D would be the obvious, better choice.

EGT has reported that the V2.0 design is all set and now the official partner companies will be doing their part to get the P100D race-ready. Of the race format, EGT explained:

"Weekends will consist of a 20-minute practice session, 60-minute qualifying, a day race (60km) and a dusk race (60km). Each round will be a weekend-long festival of technology and innovation for sustainability, in and around the circuits.”

There are no official pictures or solid details about the new Model S yet, aside from the covered photo above, that EGT openly shared with the press. We do know that the P100D will be faster (of course), but even moreso due to 500kg less weight, and tweaks related to acceleration and handling. Faster than zero to 60 in 2.4 seconds (per the upcoming software update that Elon Musk has revealed)? Nice.

The usual outfit of racing suspension, racing brakes, and Pirelli slicks are a given, along with a roll cage. It will likely have a similar aerokit and huge rear spoiler as seen in the current Tesla Model S P85+.

“The Electric GT V2.0 design is the fastest way towards the ‘Age of Light’. I am very excited to be using the Tesla Model S P100D as it is incredibly quick and innovative. This week we opened the subscription period for teams and the new car announcement is an exciting prospect for those who want to join us."

Ten international teams, comprised of a total of 20 professional drivers - with the likes of Jeroen Bleekemolen, Kevin Ceccon, and Leilani Münter - will all compete against each other in identical Tesla Model S P100D generation 2 racers.