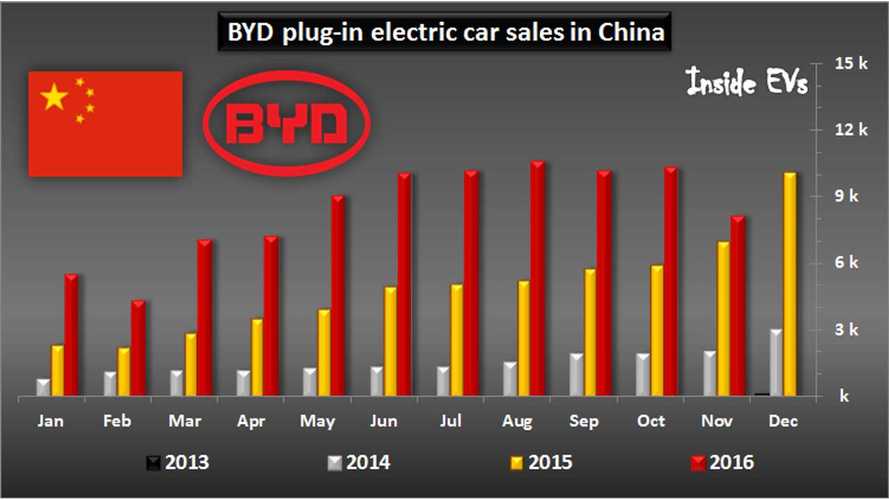 BYD surprised us this month with its November plug-in car sales results, falling below the 10,000 level for the first time in quite awhile.

Last month, "only" 8,093 were delivered in China, which is the worst result over the past six months for the EV maker, and just 16% better than year ago.

Despite the fact that overall sales aren't growing by 100% or 200% like in the previous couple years, some models still managed to set personal bests - like the all-electric e5 for example, which hit 2,113 units sold (previous record 2,094 in September).