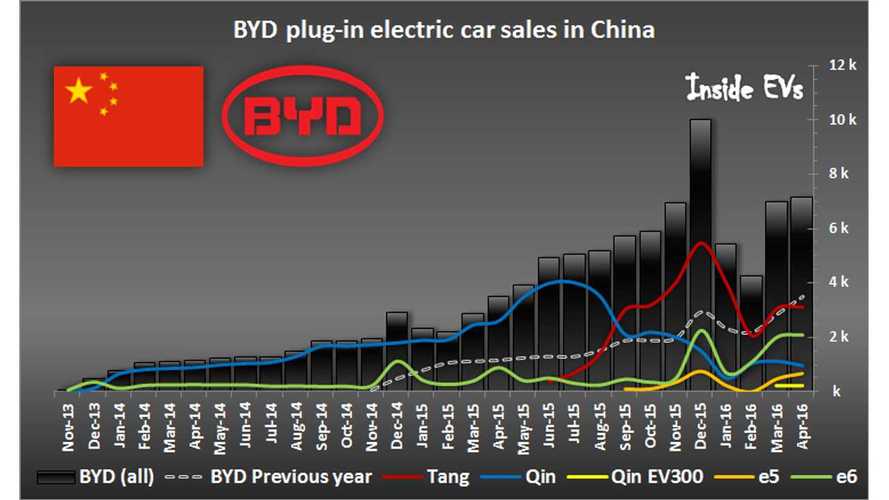 Yesterday we touched on the fact that over 30,000 electrified vehicles were sold in China last month (including buses, commercial vehicles, micro-vehicles)

Nearly 20,000 of those were plug-in passenger EV sales, as noted by the EV Sales Blog who took the time to break down and estimate the number by individual models (right table).

The largest part of the pie, as always, belongs to BYD, who is not only a manufacturing giant, but builds its own batteries in-house for its EVs.  Like the rest of the country, BYD also managed to more than double its sales from just over 3,500 in 2015 to 7,000+ this year.

The BYD e6 is also currently experiencing a second youth with over 2,000 sales last month, after the introduction of a 82 kWh version - good for up to 400 km (some 250 miles).

Two other strong contenders for top selling honors month-to-month in China are the BAIC E-Series EV (with 1,415 sold in April and 6,998 YTD) and the JAC i EV (2,331 in April and 6,741 YTD).  We think both could stand to have some better name branding.

Tesla who ships product to China in batches, returned to an estimate 150 registrations, after a March surge to 1,304.