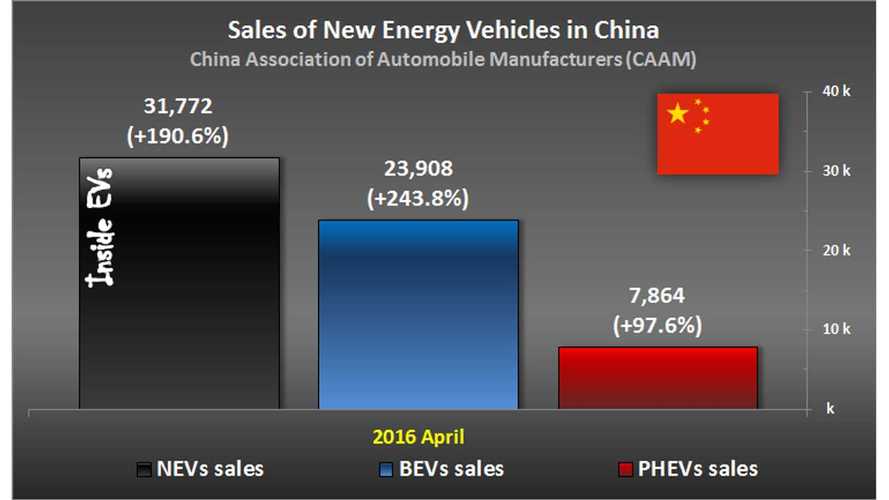 CAAM reports significant growth of New Energy Vehicles (another term for all-electric and plug-in hybrids combined) in China for April.

Some 31,772 electric vehicles were sold during the month (while production stood at 31,266), which is nearly three times more than a year ago.

The majority of sales made in April were of the all-electric variety (nearly 24,000), mostly due to the way incentives and ease of registration surround the platform.

Despite the huge volume lead for all-electrics, BEVs are also growing much faster than PHEVs.

If we check data for the first four months, it turns out that China has already exceed 90,000 sales this year, so by the time one is reading this report, it is likely that 2016 sales in China are just about to surpass the total EVs sold in the US for all of 2015 (~116,099).

Of course, not all of those vehicles are full-size cars (there is significant portion of tiny EVs, as well as buses and commercial vehicles-more on that shortly), regardless of that, China is still the largest electric vehicle market in the world any way you slice.