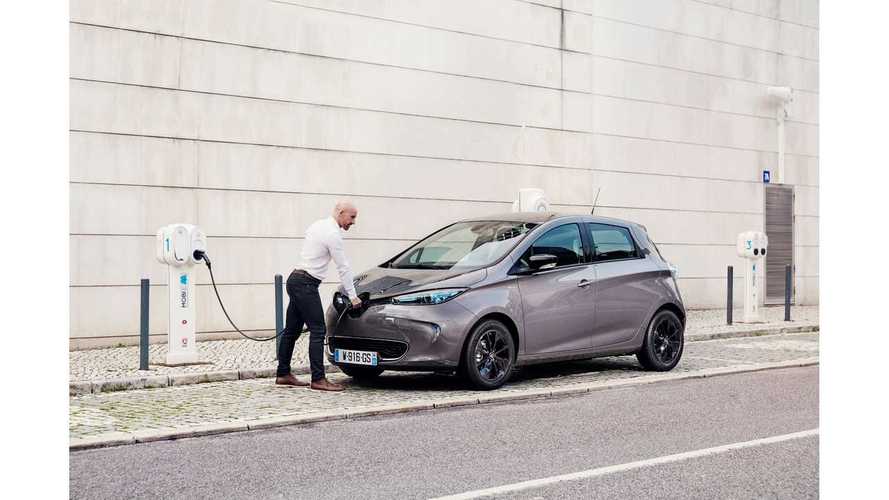 Renault representatives have confirmed to the French media that in the company will use DC fast charging for power levels above 22 kW AC (three-phase type 2) in the future.

Renault (after joining CharIN) hints that the European CCS Combo standard still has as way to go.

The French carmaker intends to equip the ZOE with a CCS Combo (AC and DC) inlet by 2019 in order to handle ultra-fast charging, and give its drivers more charging options.

There is however no confirmation whether the recently updated ZOE will be able to handle a full 150 kW (although as it has just been released one assumed it should be future-proofed to some degree), and what battery will be used in the (we believe) next-generation ZOE three years or so from now.

Some major OEMs are already setting up an ultra fast charging network (350 kW) starting next year with some ~400 units to be installed and "thousands" by 2020.

Currently, the ZOE is offered in two versions, both with Renault's electric motors (making up the majority of sales since March 2015) and Continental electric motors. Depending on the powertrain, three-phase AC charging can be done up to 22 kW (Renault) or 43 kW (Continental).

The drawback of Continental's design is lower efficiency of driving (and thus a slightly lower range) and also charging at low-power range (3-11 kW). In other words, the ZOE Q (quick charging trim) should be purchased for customers more often using 22 and 43 kW charging.

Separately, Renault is offering for 3,500 euros to current customers leasing 22 kWh cars that would like to move into the new 41 kWh battery option.