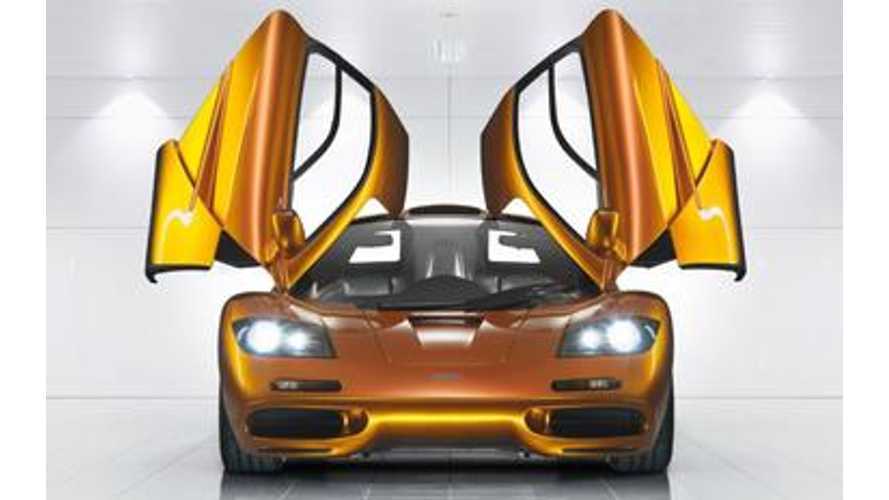 Hampshire-based firm Lanzante may break a Nürburgring lap record during some upcoming development testing of its street-legal McLaren P1 LM. While breaking the record is not the priority of the laps, if proper conditions fall into place, it may happen.

The Porsche 918 Spyder holds the current record at 6 minutes, 57 seconds, and the standard 986-horsepower McLaren P1, although never officially revealed, is said to be under seven minutes as well. Dean Lanzante, CEO of the company responsible for producing and testing the street-legal LM version, is confident that the car can pull it off. He said:

“We’ve seen what the road car is capable of there and we’ve got simulations of what our car can do. Kenny Bräck is doing all of the driving, so if an opportunity arose, we have the right man for the job.”

Bräck will be driving the vehicle to finalize set-up. An attempt is not the reason that the car will be out there, and if conditions don't present themselves, or time falls short, it won't happen. Lanzante explained:

“We don’t have the finances or the time to do something like Porsche. If it rains, the track isn’t fast enough, so we can’t do a lap. And we don’t want to do a Koenigsegg…”

Porsche has an extensive testing program that makes the opportunities less of a challenge. Koenigsegg's recent crash during an attempt, has forced the company to have to completely rebuild the car. Lanzante has only made five P1 LMs and all are being set for final delivery. A crash is not an option.